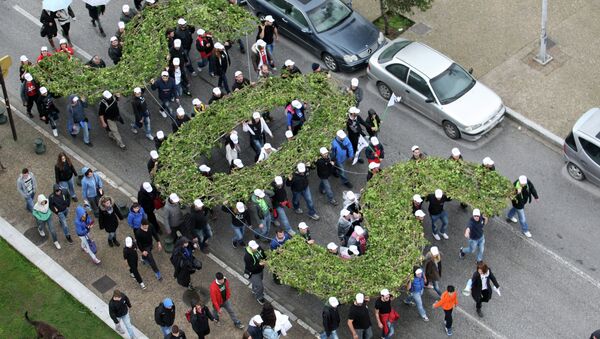 The financial crisis in Greece will not be the main topic on the agenda during a meeting of German and French leaders and the European Commission chief, German government spokesman Steffen Seibert said Monday.

"Greece may be one of the topics for discussion but not the main one," Seibert said.

According to the spokesman, the sides will discuss the issues of digitization and challenges the European economy is facing.

Greece is a country hit the hardest by the aftereffects of the 2009 economic crisis, with Athens’ overall debt estimated to be about $350 billion, some 175 percent of the country’s GDP. Germany and France are Greece’s major creditors within the European Union.

Greece hopes to secure more financial aid in exchange for unpopular economic reforms before the existing bailout plan, agreed upon with the European Commission in 2011, expires on June 30.

On May 23, Greek Prime Minister Alexis Tsipras called on creditors to make concessions as the country was ready to accept a viable agreement but not on "humiliating" terms.