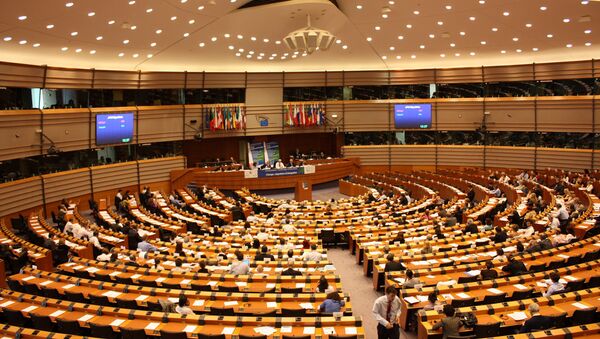 Opponents say that the EU-US Transatlantic Trade and Investment Partnership (TTIP) deal would benefit big corporations and not citizens, as the deal’s Investor-State dispute settlement (ISDS) system would enable foreign investors to sue states for damages.

"The vast majority of people outside the Committee [on International Trade] room reject investor-state dispute settlement, but those MEPs [members of the European Parliament] in favor think they know better," Helmut Scholz said.

The lawmaker added that it was "arrogant" to ignore the opinions of other committees and hundreds of thousands of EU citizens who oppose the TTIP.

European Lawmakers Call for End of Unequal Treatment by US Under TTIP
Scholz also said that the decision was an "affront" to European democracy and posed risks to labor markets.

Nearly 2 million people have signed an online petition against the TTIP and a similar deal with Canada, known as the Comprehensive Economic and Trade Agreement.

On April 18, waves of protests against the TTIP hit Europe, with tens of thousands of people taking to streets to express dissatisfaction with the speed and secrecy of treaty negotiations and the possible negative impacts.