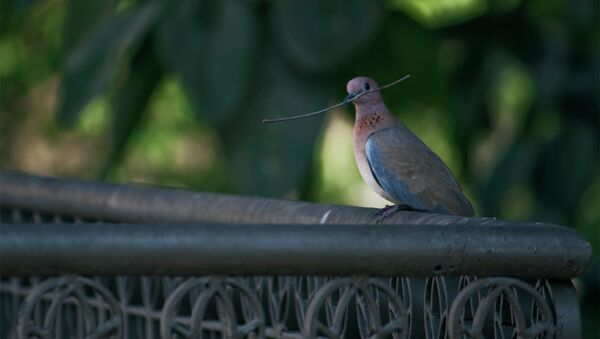 © Flickr / lukexmartin
Subscribe
In a bizzare case worthy of a spy thriller, Indian authorities on Wednesday arrested and jailed what they claimed was a ‘spy’ pigeon from neighboring Pakistan.

India, Pakistan Agree to Ensure Peace Along Border
According to reports, the suspect was apprehended on the mud brick house of a barber in Manwal village, 4 kilometers from Pakistan’s border.

Instead of being spooked by the police, who brought his alleged mission to an untimely end, the pigeon was found perched on a wire mesh along with the barber's chicken.

Police in Chandigarh confirmed that the bird bore 'suspicious' markings in Urdu and a seal. It is not clear if the avian spy has been read his rights or consulted with an attorney before he was taken away to a local veterinary hospital. X-rays failed to reveal any clues pointing to the pigeon's links with Pakistan.

Despite finding nothing unusual, Indian police "have kept the bird in custody", said one senior local officer. The bird has been logged as a "suspected spy" in the area's official police diary.

According to Indian media reports the pigeon was sneaking around the border area during a security meeting between Punjab Police and the Indian Army.

"It was a meeting to launch joint search and combing operation in the respective areas. The security of Ranjit Sagar Dam was also discussed and decision has been taken to strengthen the security setup in and around the areas," said Punjab police inspector general Ishwar Sharma.

The incident came two days after an Intelligence Bureau alert to Punjab Police on the possibility of Indian Mujahedeen being active in Jammu State and  Pathankot village in Punjab, an area claimed by both India and Pakistan where military exchanges of fire are very common.

And despite the fact the spy charge sounds somewhat outlandish, it is not the first time in history birds have been used for intelligence missions. Homing pigeons cannot be hacked or interrogated — a fact taken advantage of during World War II, where many a message was passed on via carrier pigeon.