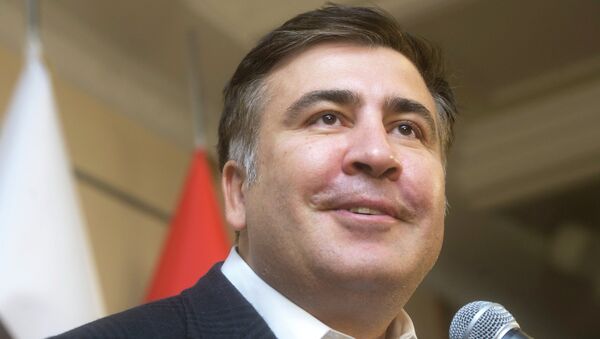 MOSCOW (Sputnik) — On Friday, the former Georgian leader met with Ukrainian President Petro Poroshenko to reportedly discuss Saakashvili’s upcoming appointment as the governor of the Odessa region in Ukraine’s southwest. The granting of citizenship is the first step toward the nomination.

In February, Poroshenko also signed a decree appointing Saakashvili as his non-staff aide.

Since his ascent to power last June, Poroshenko has been rallying a team of foreigners around himself to assist him in governing Ukraine. In December 2014, he admitted having granted Ukrainian citizenship to US, Georgian and Lithuanian nationals, who were handpicked for Cabinet jobs, including a Georgian minister of health, a Lithuanian economic development and trade minister and a US-born finance chief. 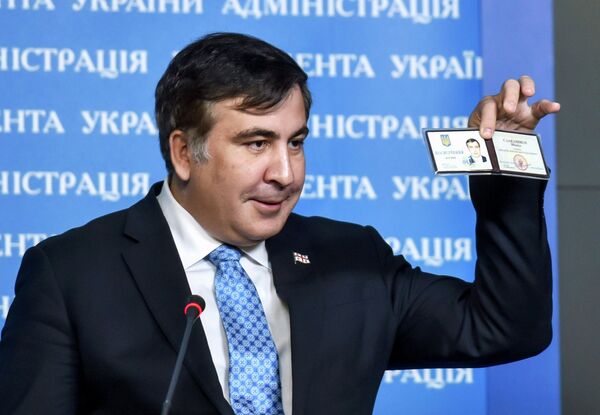 Former Georgia's President Mikheil Saakashvili shows off his identification card as the head of an advisory council in Kiev, in this February 17, 2015 handout photo supplied by the Ukrainian Presidential Press Service
© REUTERS / Ukrainian Presidential Press Service/Handout via Reuters
Newsfeed
0
Access to the chat has been blocked for violating the rules . You will be able to participate again through:∞. If you do not agree with the blocking, please use the feedback form
The discussion is closed. You can participate in the discussion within 24 hours after the publication of the article.
To participate in the discussion
log in or register
loader
Chats
Заголовок открываемого материала