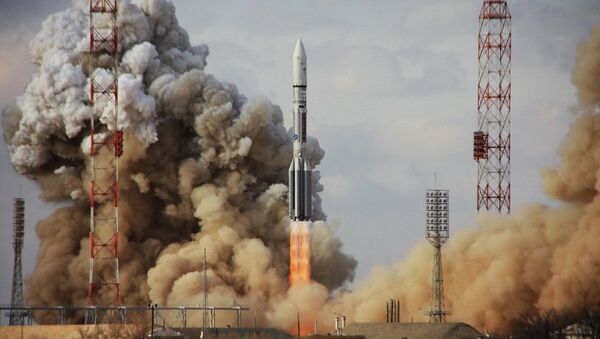 The latest of seven Proton carrier rocket failures over the past five years took place on May 16 during a mission to guide the Mexican government’s Mexsat 1 satellite into orbit.

MOSCOW (Sputnik) — Design flaws in the rotor of the third stage engine caused the failure of a recent Proton-M mission, according to the results of the investigation into the incident, Russia's Federal Space Agency Roscosmos said Friday.

"The conclusion of the [investigation] commission: the cause of the failure of the Proton-M carrier rocket mission was the failure of the steering third stage engine due to excessive vibration as a result of imbalance in operation of a rotor of a pump unit," Roscosmos head, Igor Komarov, told reporters in Moscow.

Russia will not give up on the use of Proton-M carrier rockets in space missions despite recent launch failures, Federal Space Agency Roscosmos said on Friday.

"As to the Proton launches, we believe that the measures that are being developed will allow us to ensure the success of future launches in the near future."