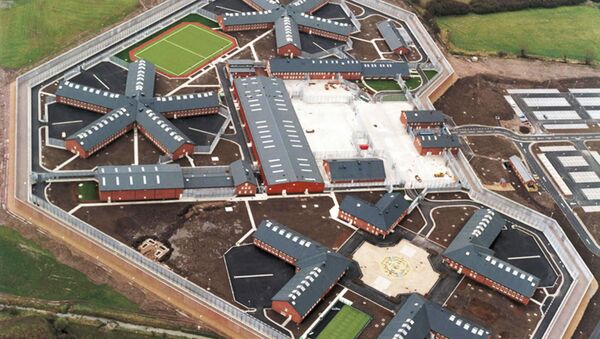 The UK's decision to privatize parts of the country's public sector has once again faced criticism after a leading penal reform charity said that England's privately run Dovegate prison was "overcrowded and understaffed" and "struggled to tackle serious problems" relating to the safety of inmates.

The Howard League for Penal Reform took aim at Dovegate prison, which has been run by private security firm Serco since 2001, with chief executive Francis Crook saying she had a number of concerns about the staffing levels and the manner in which the prison is run.

"Dovegate is an overcrowded and understaffed private prison that has struggled to tackle serious problems. Levels of violence and self-harm are high, and illicit drugs are easy to obtain."

The comments follow the release of Her Majesty's Inspectorate of Prisons report on Dovegate, which earlier this year criticized staffing levels, and how insufficient resources were having an impact on the safety of various inmates inside the prison.

"Too many prisoners told us they felt unsafe and victimized," the report stated.

"The level of violence was high and many incidents were serious. Staffing levels in the units did not reassure prisoners."

Francis Crook said the Inspectorate's report revealed glaring examples of times when a lack of prison guards on duty raised the concern of inspection teams.

"When inspectors visited, there were occasions when they found no staff on the wings. This would be concerning anywhere, but it is particularly worrying in a prison where four people took their own lives in 2013."

The comments about overcrowding and understaffing come amid considerable criticism of the British government's policy towards UK prisons.

Sanitary facilities for both staff and prisoners are of a poor standard in Leicester #prison http://t.co/t2VvbP9pgQ

The country's chief inspector of prisons, Neil Hardwick, last year said the dangerous overcrowding was down to "political and policy failure."

Mr Hardwick said that severe staff shortages meant that some inmates were locked up together for 23 hours a day, which was causing "huge tension" among some prison populations and leading to ongoing violence problems.

Labour opposition representatives criticized the Conservative government for the situation, citing the Tories decision to slash public services, including the closing down of some of the UK's prisons.

However, the fact that Dovegate is privately run has also drawn the ire of critics, who argue that the government's policy to privatize public services is a failure, as it is paying for contractors who are not sufficiently protecting the safety of inmates.

Following the recent report detailing safety concerns about the inmates at Dovegate, Francis Crook from the Howard League for Penal Reform called on the government to address the situation to avoid a further deterioration of the safety and wellbeing of prisoners in the UK.

"This is an example of the challenges facing the new Secretary of State, who has inherited a system that has significant difficulties."