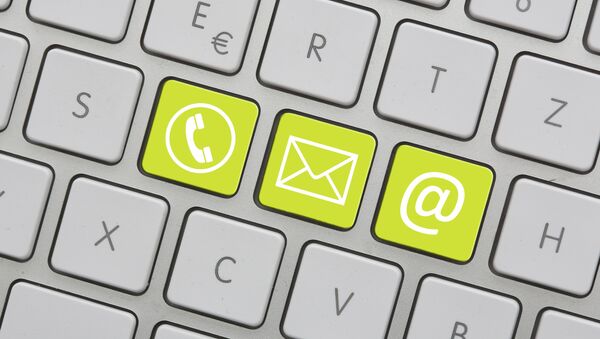 MOSCOW (Sputnik) — The proposed legislation, unveiled by German government Wednesday, would oblige telecom and Internet operators, including social networking sites and online messengers, to store customers’ traffic and location data for up to ten weeks for national security purposes. The measure is aimed to help German law enforcers fight terrorism and serious crime, but journalists argue that it can lead to violations of privacy rights and severely impede their work.

"If the draft law is adopted, it will make the work of journalists impossible. It is clear in the latest decision of the European Court of Justice that data retention law as such violates the rights of professional secrecy and privacy," Michael Konken, the chairman of DJV said as quoted by the EFJ.

According to Konken, even though the draft law provides certain exceptions for data related to professional secrecy, the definitions are too vague and it is unclear how exactly the journalists, lawyers and doctors will be protected.

Frank Werneke, deputy chairman of the United Services Union (ver.di) to which DJU is a part noted that the measure poses a threat to the future of investigative journalism as reporters may face criminal prosecution for possessing "’stolen’ or ‘illegal’ data."

Germany hasn’t had a data retention law since March 2010, when the Federal Constitutional Court ruled the previous law unconstitutional as a violation of the guarantee of the secrecy of correspondence.