US Sleight of Hand 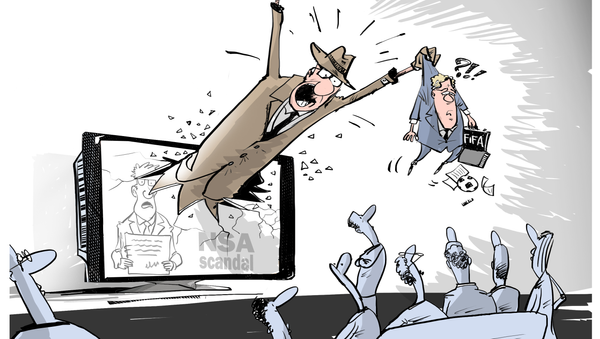 © Sputnik / Vitaly Podvitski
Subscribe
International
India
Africa
It seems like the US tries to cover its own NSA surveillance issue with the FIFA corruption scandal.

On May 28, seven high-ranking FIFA officials were arrested in Zurich on US federal charges, including fraud, racketeering, money laundering, as well as illegal marketing and broadcasting deals over the last 20 years.

Interestingly, at the same the US tries to "forget" that major US financial institutions were an intrinsic part of the two-decade-long scheme that saw FIFA officials receive over $150 million in bribes and kickbacks from sports executives.

US prosecutors are set to investigate the US financial institutions, implicated in the corruption scandal that rocked the football world to determine whether the banks had been aware of money laundering.