Former International Federation of Association Football (FIFA) Vice President Jack Warner, who was indicted for corruption by the US Justice Department earlier on Wednesday, has surrendered to Trinidad and Tobago police, according to local media reports.

WASHINGTON (Sputnik) — Warner surrendered to Fraud Squad officers in the company of his lawyers after the country’s Attorney General issued an arrest warrant for him, Trinidad and Tobago’s TV station CCN TV6 said on Wednesday.

The Ugly Game: Could FIFA Corruption Arrests Be Final Whistle for Blatter?
Warner, however, was granted $2.5 billion bail, but had to surrender his passport, and is required to report to police twice a week.

Earlier on Wednesday, seven FIFA officials were arrested in Zurich, Switzerland, on a US warrant of federal corruption charges, including fraud, racketeering and money laundering in shady marketing and broadcasting deals over the last 20 years.

The US Department of Justice announced that 14 individuals have been indicted, including nine FIFA officials and five corporate executives, for racketeering conspiracy and corruption. 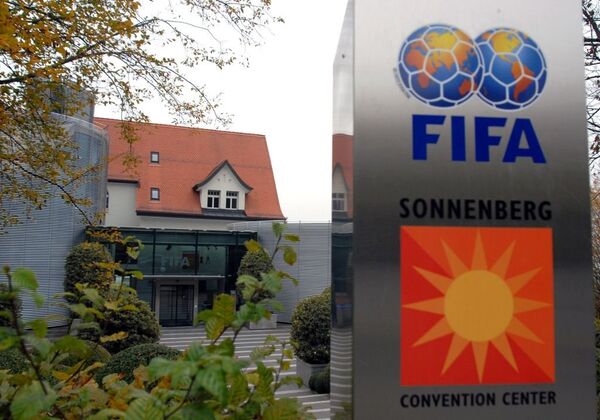