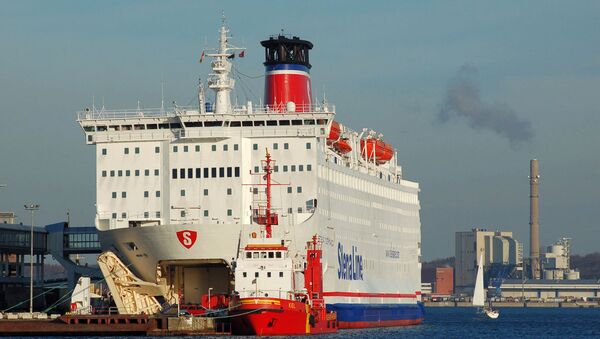 The effects of the European Union's sanctions against Russia are still being felt across the bloc's member states, with many businesses in Germany's north "seriously affected" by the trade embargoes, Schleswig Holstein's state finance minister has said.

The concern about the ongoing impacts Russian sanctions were having on the EU comes amid comments from Reinhard Meyer, finance minister for the northern German state of Schleswig Holstein, who announced that exports to Russia had dropped by 31 percent over the past year.

The drop in trade between Schleswig Holstein and Russia has resulted in a number of local industries struggling to make ends meet, Meyer told the Hamburger Abendblatt.

"Above all the car industry has been hit, but also the machinery and food sectors have been seriously affected."

While there were concerns for job losses from affected industries, Meyer said that logistics companies were also in serious danger of collapsing due to a trade reduction between the EU and Russia.

"Some logistics firms are threatened with going under because of the acute fall in transport contracts," he said.

The sanctions have had a particularly strong impact on Schleswig Holstein, which relies significantly on the trade of its major harbor Kiel.

#Putin: we should work hard and fast until our Western partners cancel the #sanctions. We should use this opportunity 2 grow our exports

Kiel harbor, which deals with more Baltic Sea traffic than any other Germany harbor, has seen a 6 percent drop in activity over the past year, while nearby Hamburg harbor has seen its trade drop below the levels of Rotterdam and Antwerp as a result of the sanctions.

"Hamburg Harbor has an enormous importance for employment and economic growth in Schleswig Holstein, meaning that from there we can only expect moderate growth potential in the medium term," Meyer said.

The controversial sanctions, employed against Russia last year have had an effect on many of the EU member states, with some countries suffering a significant economic downturn as a result of the embargoes.

The measures have attracted criticism from some who suggest the sanctions are self-defeatist in nature, as Europe's previously strong ties to Russia have left many local industries and national economies at risk of serious job losses and trade.