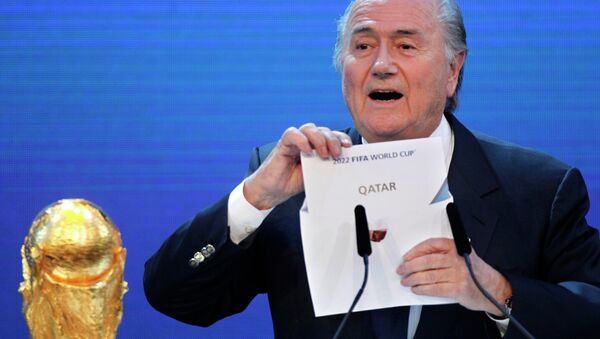 The arrests of several highly ranked FIFA officials are tied to the winning host bids of the World Cup-2022 in Qatar and slightly concern Russia’s bid for 2018, a source familiar with the situation told R-Sport on Wednesday.

FIFA Officials Arrested in Switzerland on Corruption Charges - Reports
MOSCOW (Sputnik) – Earlier in the day, several FIFA were arrested in Zurich, Switzerland, and could face extradition to the United States on federal corruption charges, including fraud, racketeering, money laundering, as well as corruption in marketing and broadcasting deals over the last 20 years.

“Everything that’s happening in Zurich is first and foremost tied with the choices of hosting World Cup-2022 and how Qatar won the football festivities,” the source said.

He said that the final decision to arrest the officials and conduct searches was made by the United States and practically does not concern Russia’s host bid for 2018.