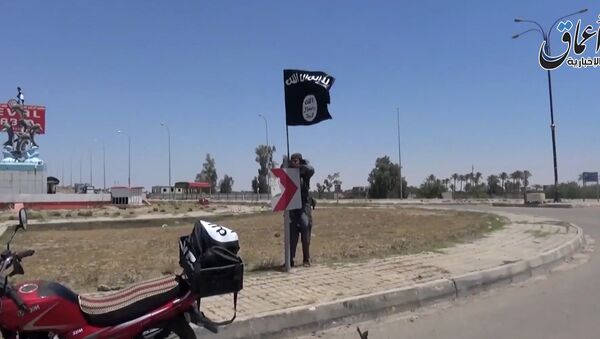 MOSCOW (Sputnik), Anastasia Levchenko — The ISIL jihadist group is spreading its propaganda by actively using social networks and other Internet resources to target young people, especially westerners, and convince them to join its ranks.

According to the US National Counterterrorism Center, at least 20,000 foreign fighters have joined the ISIL.

“The threat to countries remains, as the risk shifts from returning individuals from ISIS [Islamic State] territory, who may have been trained, to those within countries who may be vulnerable and at risk to radicalization through the Internet.”

ISIL ideology does not represent Islam as a whole, Fiyaz Mughal stressed, adding that the group’s ideology is based on nihilism, violence and death.

“Working with parents so that they can be aware of online risks and behavior patterns that may signal changes in their children are projects that are needed for communities to take charge in tackling extremism.”

Jihadists returning to the United Kingdom and other European countries after taking part in the Syrian conflict are not given enough rehabilitation support, Mughal said.

He added that former fighters should be monitored and assessed for risk for a significant period of time after returning from conflicts.

"No, we need rehabilitation, theological support and police monitoring to ensure that these young men, and they are mostly men, do not become a threat to society."

An estimated 20,000 foreign nationals, including 500 Britons, were fighting for the Islamic State militant group in Syria and neighboring Iraq in early 2015, according to the US National Counterterrorism Center.

The ISIL jihadists, who are one of the sides to the four-year Syrian Civil War, proclaimed a caliphate on the territories under its control.

The group is notorious for publishing videos of human rights atrocities, including beheadings of foreign hostages.