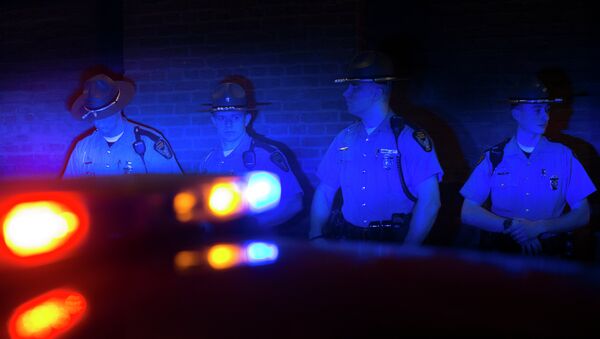 After five months of negotiations between the city of Cleveland and the US Justice Department, both sides have come to at least one key agreement: the practice of pistol-whipping, evidently commonly deployed by the city’s police department, should probably just stop.

In 2011, a Cleveland police officer working at a convenience store used his gun as a blunt object, hitting an unarmed shoplifter in the head. In 2012, an off-duty officer asked a suspect for identification. When that suspect refused, the officer responded with a blow to the head, accidentally discharging his gun.

"This is uniformly understood to be a dangerous practice that should never be permitted except in very unusual and exigent circumstances in which the use of deadly force is authorized; yet, it was a practice we saw CDP officers engaging in too frequently," reads a December DOJ report.

And now, it looks like the CDP’s Yosemite Sam days are over. As part of the new settlement, released on Tuesday, the department "will expressly provide that using a firearm as an impact weapon is never an authorized tactic."

The reforms are full of other useful gun safety tips, as well. For one, officers’ firearms should remain holstered unless there is a "reasonable belief that lethal force may become necessary," rather than being flashed around as a symbol of power and manhood any time a kid slips a Clark bar into his pocket.

The reforms also suggest that officers “consider their surroundings before discharging their firearms.” Excellent advice for anyone tempted to fire indiscriminately into a crowd of innocent bystanders.

Officers will also be penalized for shooting "a firearm from or at a moving vehicle, unless use of lethal force is justified." It may be easy to forget, in the heat of the moment, that cars are not, in fact, autonomous, cop-killing robots. Moving vehicles typically have people inside, and if a police officer should refrain from using lethal force against an unarmed suspect fleeing on foot, he should also avoid killing a suspect fleeing in a car.

Advice which could have saved the lives of Timothy Russell and Malissa Williams. The couple was gunned down after police mistook car backfire for gunshots. After a 22-mile car chase, Brelo jumped onto the hood of the suspects’ car and fired 15 shots through the windshield, killing both Russell and Williams.

On Saturday, Brelo was acquitted of manslaughter, a decision which inspired protests in the city, making the new consent decree particularly timely. Those hoping for police accountability are still awaiting a decision in the case of two other officers involved in the deaths of unarmed suspects. Twelve-year-old Tamir Rice was shot and killed last November while playing with a toy gun, and 37-year-old Tanisha Anderson, a mentally ill woman, was suffocated while being detained.

An independent monitor approved by the court will oversee the CPD’s compliance with the new regulations, which also includes modernization of computer technology, a new system of investigating misconduct allegations, and new training in dealing with the mentally ill and avoiding racial stereotyping.

Several US cities have already enacted federal consent decrees which allow for independent oversight, including Seattle and New Orleans. But Cleveland Mayor Frank Jackson hopes his city’s example will spread even further.

"As we move forward, it is my strong belief that as other cities across this country address and look at their police issues in their communities, they will be able to say, 'Let’s look at Cleveland because Cleveland has done it right'."