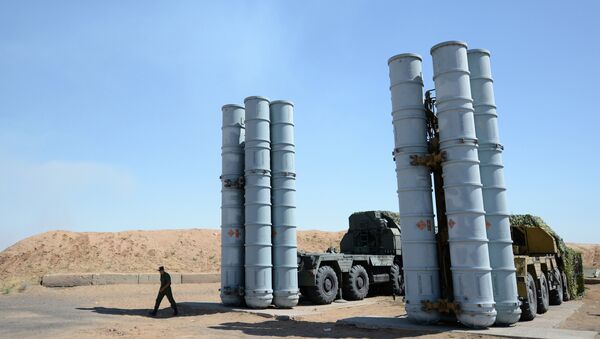 The due time for the delivery of S-300 missile defense systems to Iran is yet to come, the Russian Security Council Deputy Secretary said.

Iran to Test Own Version of S-300 Missile Complex
MOSCOW (Sputnik) – The decision to supply Iran with S-300 missile defense systems has already been made, but it is still too early to deliver the systems, Russian Security Council Deputy Secretary Yevgeny Lukyanov said Tuesday.

Iran Will Not Reverse Engineer Russian S-300 Missile Defense System
In April 2015, Iran was able to take the edge off the nuclear row after it agreed on a framework accord to dismantle parts of its nuclear infrastructure in exchange for the easing of sanctions.