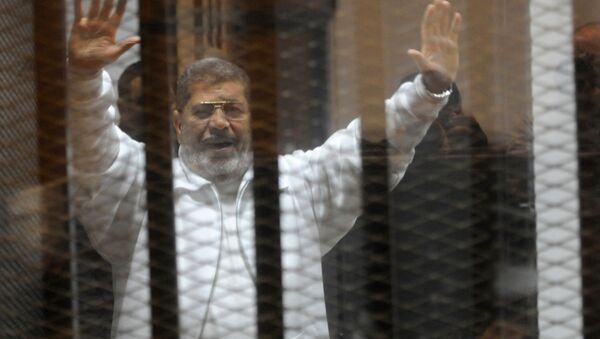 The Cairo Criminal Court has adjourned the hearing in the case against ousted Egyptian President Mohamed Morsi and ten members of the Muslim Brotherhood Islamist movement, accused of disclosing classified information to Qatar.

CAIRO (Sputnik) – The court is currently examining the material evidence gathered during the police investigation. 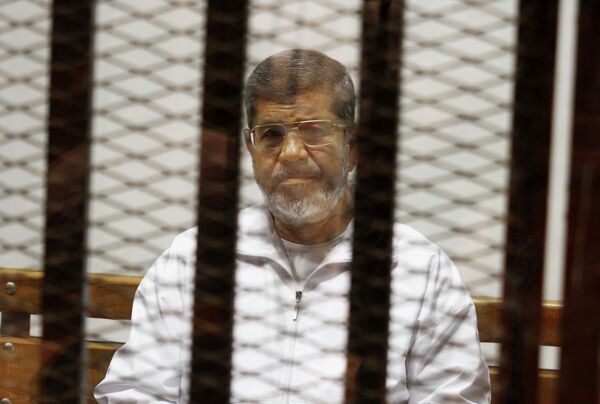 The defendants allegedly collected top secret information about Egypt’s army, military dispositions and armaments and passed the data on to foreign intelligence services, specifically to the staff of Qatari channel Al Jazeera, according to prosecutors.

The accused may be sentenced to death if found guilty.

Mursi is already serving a 20-year prison term for inciting the killing of protesters during mass riots outside the Federal Palace in Cairo in December 2012.

On May 16, a criminal court in Cairo sentenced Morsi to death for leaking state secrets and orchestrating a 2011 prison break. Final confirmation of the former president's death sentence has been scheduled for June 2.

The former Egyptian leader was deposed by a military coup following days of massive anti-Morsi and his Muslim Brotherhood party demonstrations in 2013.

Former army chief and current President Abdul Fattah Sisi has since banned the Brotherhood and arrested scores of Morsi supporters.