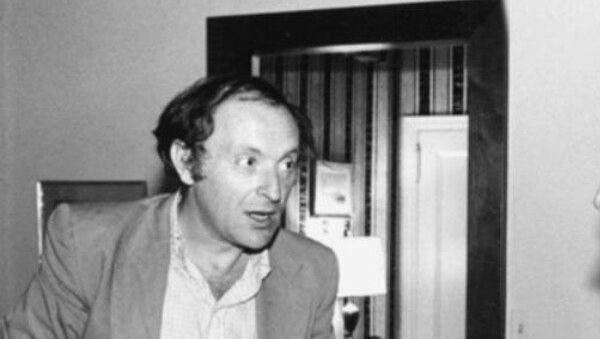 Moscow will soon see the renaming of several streets after poet and essayist Joseph Brodsky and poet, musician and actor Vladimir Vysotsky, local media have reported.

Speaking to Moscow Talk radio on occasion of the 75th anniversary of Brodsky's birth on Sunday, Yevgeny Gerasimov, the chairman of the Duma's Commission for Culture and Mass Communications expressed his support for the idea to rename a street after Joseph Brodsky.

Brodsky, born in Leningrad in 1940, settled in the United States after being expelled as a dissident from the Soviet Union in 1972. The poet won the Nobel Prize in Literature in 1987. He died of a heart attack in New York City in 1996 at the age of 55. Brodsky wrote in Russian and in English with the assistance of poet-translators, and is known most prominently for his poetry collections 'A Part of Speech', 'To Urania' and his essay collection 'Less Than One'.

Russia’s Eifman Ballet Brings Jazz Age Back to New York
City authorities also announced that they will make an announcement Monday about the renaming of two side streets in central Moscow in honor of Vladimir Vysotsky, the much-beloved Russian bard, poet and actor. Vysotsky, born in 1938, was widely known across the Soviet Union for his unique, gruff singing style, and for the political and social commentary in his songs about various facets of life in the Soviet Union. Despite his association with prominent dissidents and his harsh criticism of certain aspects of Soviet life, Vysotsky was tolerated by authorities, in part because Soviet leader Leonid Brezhnev admired him for his candid songs about war. Vysotsky was also a prominent actor of stage and screen, best known for his role as Gleb Zheglov in the 1979 detective thriller 'The Meeting Place Cannot Be Changed', which remains a cult hit to this day. Vysotsky died in Moscow on July 25, 1980, in the midst of the Moscow Summer Olympics.
Newsfeed
0
Access to the chat has been blocked for violating the rules . You will be able to participate again through:∞. If you do not agree with the blocking, please use the feedback form
The discussion is closed. You can participate in the discussion within 24 hours after the publication of the article.
To participate in the discussion
log in or register
loader
Chats
Заголовок открываемого материала