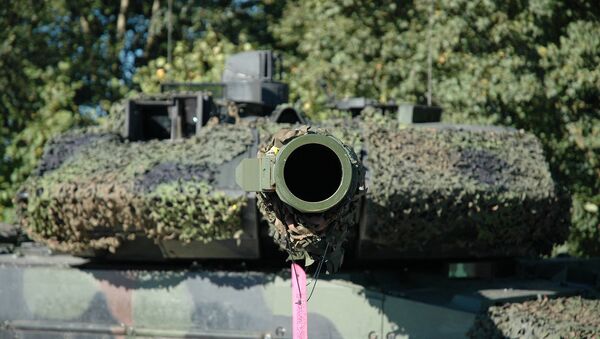 Germany and France are now preparing to jointly develop a new main battle tank, the Leopard 3, to replace its ageing Leopard 2 military vehicle by around 2030, which would be able to compete with Russia's next-generation Armata tank, recently showcased at the Victory Day parade commemorating the end of World War Two in Moscow.

The German Defense Ministry has announced its plans for the "Leo 3" (as it's likely to be nicknamed in Germany) to replace its main battle tank, the Leopard 2.

The main reason for the modernization is believed to be the Leopard 2 service life, which is set to expire by 2030.

US Trying to ‘Beat’ Russia’s Armata – German Media
The German media, however, suggest that the real reason is the recently-presented analysis by Germany’s Federal Intelligence Service (BND) on Russia’s reinforced combat strength and its recently showcased T-14 Armata tanks, which were presented during the country's Victory Parade in Moscow on May 9.

The BND analysis suggests that even though the combat vehicles unveiled at the parade are still somewhat pre-production models, when completed, it will be a tank with the highest levels of armaments. 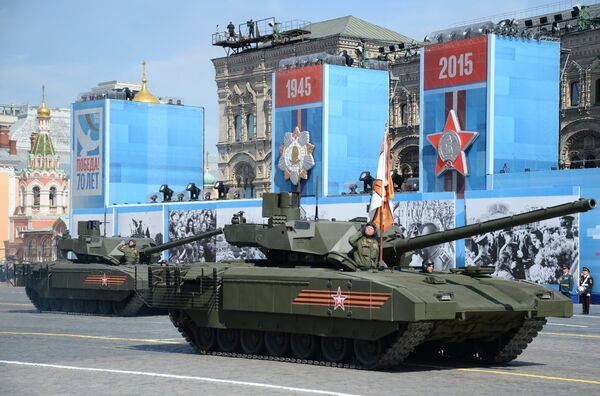 According to Deutsche Welle, the manufacturer of the current Leopard 2, Krauss-Maffei Wegmann, is scheduled to fuse with the French firm Nexter Systems over the course of this year.

This has prompted the German media to report that the new Franco-German firm, with more than 6,000 staff and a combined turnover of around 2 billion euros ($2.2 billion), could be a strong candidate to win the contract to develop a new battle tank for the German Bundeswehr.

Just before the Victory Day Parade in Moscow, the US bimonthly magazine The National Interest reported on why America should really fear Russia's Armata T-14 tank. 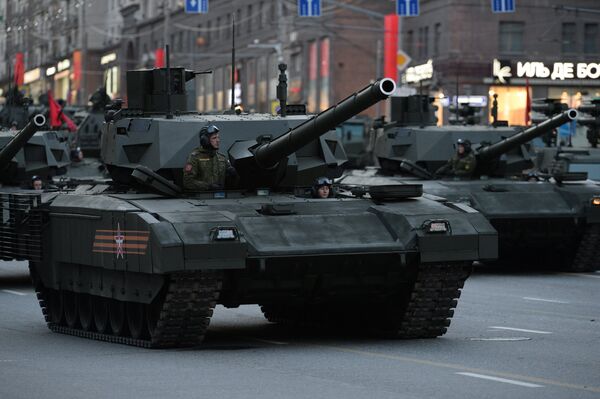 The magazine suggested that Russia actually might be able to deliver in the field the tank of greater speed, maneuverability, firepower and survivability vis-à-vis anything being produced for Western armies.

The Armata is a Russian prototype of a heavy tracked vehicle platform that will be used in the construction of a next-generation main battle tank and a range of other combat vehicles.

The tank's main armaments include a 7.62mm remote-control machine gun and a 125mm smoothbore cannon. The tank is operated by a crew of three, which are housed in an armored capsule in the front.

The military vehicle is also equipped with active counter-mine defense and a suit of circular-view high resolution cameras. It can fire rounds while in motion and travels at a speed of up to 50 miles (80.47 km) per hour.