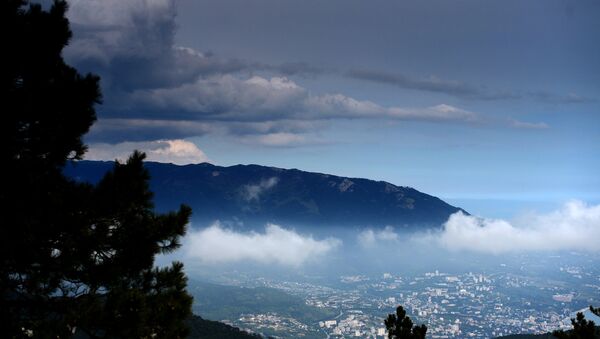 Armenia and Belarus refused to sign a joint declaration of the EU-Eastern Partnership summit as long as the text called Crimea's reunification with Russia an "illegal annexation," Reuters reported, citing unnamed diplomatic sources.

Crimea became an integral part of Russia after the March 2014 referendum, in which an overwhelming majority (96 percent) of the voters backed reunification.

"Armenia and Belarus' behavior is logical" since both countries voted at the UN against the resolution condemning Crimea's reunification with Russia, a source, who spoke on condition of anonymity, noted. "They are keeping their line and we keep ours," the source added.

The text is expected to be changed so that all participants would be able to sign it. But that process is not smooth.

Earlier, Vladimir Chizhov, Russia's envoy to the EU, described the work on the text of the joint declaration as challenging, adding that some countries want others to adopt a more rigid stance towards Russia, while others stand up against that.

Carter: Reunification With Russia Was 'Something Crimean People Wanted'
The two-day EU-Eastern Partnership summit kicks off in the Latvian capital of Riga on May 21. The initiative, launched in 2009, is aimed at establishing closer ties between the European Union and former Soviet republics, including Armenia, Azerbaijan, Belarus, Georgia, Moldova and Ukraine.

Armenia and Belarus opted for deepening cooperation with Moscow. Both countries are part of the Eurasian Economic Union (EEU), established on January 1, 2015. The union envisages a free flow of goods, services, capital and labor across its member countries.

The Union also aims at establishing a single economic market from the European Union to China.