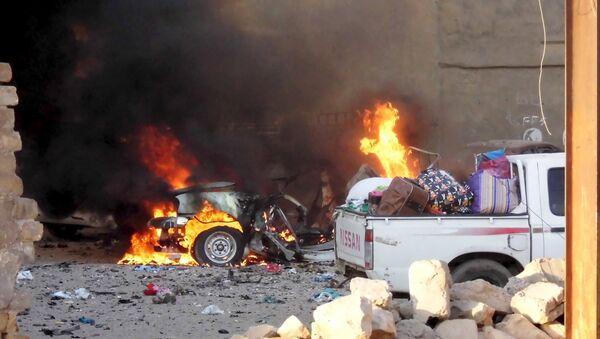 Almost 25,000 Flee Iraqi Ramadi Amid ISIL Attacks
As many as 30 such vehicle bombs created a wave of "horrific, gigantic explosions that took out entire city blocks", said a senior State Department official who spoke to reporters at the State Department Wednesday on condition that he not be named.

The blasts, 10 of which were comparable in power to the Oklahoma City truck bomb of 1995, inflicted a crushing psychological blow on Iraqi forces, who abandoned tanks and other heavy equipment as they fled the city.

The Iraqi government then applied for help to the Shiite militants around 3,000 of whom took up positions outside the city.

A State Department official in Washington insisted that the Iraqi military units did not flee, as happened after Islamic State seized the city of Mosul last year.

Instead, he said, Iraqi troops fell back to defensive points and were now regrouping and trying to regain their strength.

Although White House officials cautioned this week against overreacting to the Ramadi defeat, the State Department official called it a "very significant setback."

The fall of Ramadi, about 100 km west of the capital Baghdad, has been the most serious victory for IS terrorists since they invaded Iraq last June.

They now control a large portion of Anbar province and the Nineveh Governorate to the north.

The fall of the city potentially opens the way for ISIL to advance towards key government-held areas, including the capital Damascus and Homs.