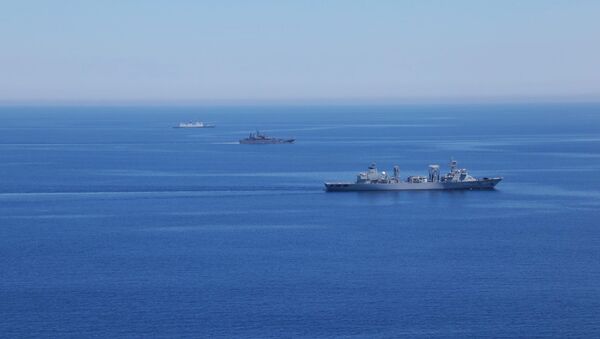 "Ships jointly completed a task on clearing a ship of pirates. They held trainings on inspection, arrest and escorting of a suspicious vessel. Additionally, they exercised a search operation for a ship in distress," Kochemazov said.

The Chinese Navy was represented by the Linyi and Weifang frigates and Wei Shanhu, a replenishment ship.

Kochemazov added that early Thursday morning Russian and Chinese warships in four tactical units will hold maneuvering exercises in the eastern part of the Mediterranean Sea.