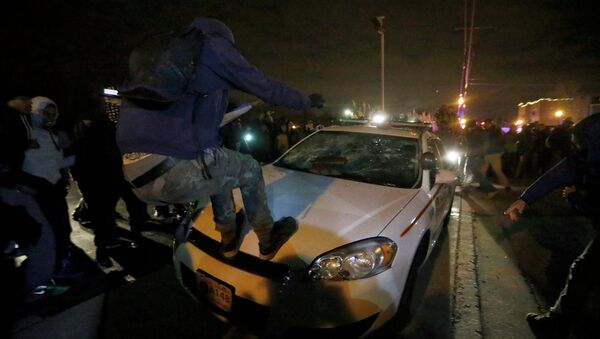 “As attacks on police officers grow in number and violence across the United States, we feel strongly that this is the worst possible time to prevent officers from receiving defensive items such as helmets, shields and protective vests,” Johnson said on Tuesday.

Military Equipment Ban Should Depend on Needs of Police - US Senator
On Monday, the White House announced measures banning the supply of some military-style equipment to US police departments, such as weaponized aircraft and grenade launchers, as well as limiting access to armored and tactical vehicles.

“Our Association is concerned that the White House proposal will make it more difficult for local police departments to obtain the equipment they need to properly protect their officers,” Johnson said.

US Fraternal Order of Police National President Chuck Canterbury called the announced measures disappointing. He argued that it would be more reasonable to focus on how and when the equipment is deployed.

In recent months, the United States has been hit by mass protests over police brutality and racism, after a series of incidents involving white police officers using excessive force against black people that receive extensive media coverage.

The last wave of protests erupted in Baltimore, Maryland following the funeral of 25-year-old Freddie Gray, who died of spinal cord injuries sustained in a police van on April 12. Fifteen police officers sustained injuries during the Baltimore riots.