Military Equipment Ban Should Depend on Needs of Police - US Senator 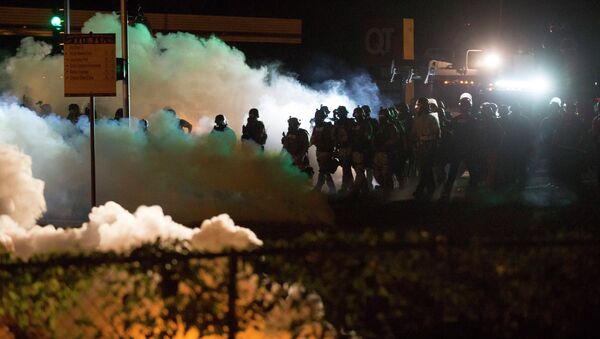 © Mario Anzuoni
Subscribe
International
India
Africa
US Senator Tim Scott claims that Obama’s announcement of limits on the transfer of US military equipment to local law enforcement agencies should depend on the resources needed by police.

WASHINGTON (Sputnik), Leandra Bernstein — US President Barack Obama’s announcement of limits on the transfer of US military equipment to local law enforcement agencies should depend on the resources needed by police, US Senator Tim Scott told Sputnik.

“It depends on the actual equipment itself,” Scott said on Tuesday, noting he agrees with President Obama’s proposed ban on bayonets, grenade launchers, and tanks. “The question is: what do you really need.”

In a Monday speech, Obama proposed limits on the types of equipment the US military could transfer to local law enforcement. The ban comes after a series of racially charged, sometimes violent protests where police were outfitted with armored vehicles, high powered firearms and body armor developed for warzones.

US Police Union Dissatisfied With Obama Plan to Limit Protective Gear
The overall relationship between the US military and law enforcement agencies has “been a constructive one,” Scott stated, and he approved of the reuse of excess military resources for US police.

Scott has recently given his support to the use of body cameras by law enforcement officials and will be proposing legislation on that issue in the coming weeks.

“The fact of the matter is the video drives much of the controversy,” he said. Having police interaction on video “brings to the surface” a lot of the issues around community policing, and the trend in police violence against African-Americans.

Over the past year, the United States has seen a series of high-profile police killings of mostly unarmed African-Americans, a number of such incidents were caught on camera.

The incidents of police officers using lethal force against unarmed Americans led to a number of protests across the United States. The response by law enforcement to those protests also brought to light the militarization of US law enforcement.

Since 1997, the US Department of Defense has transferred more than $4.3 billion in excess military equipment to local law enforcement under the controversial 1033 Program, according to Pentagon data.