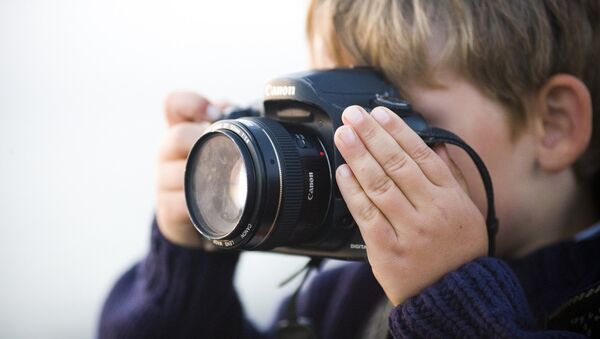 Kids From 24 Countries Celebrate International Football and Friendship Day
Young reporters of the International Children’s Press Centre are talented children who are keen on football and show great promise in sports journalism. They are actively involved in the FOOTBALL FOR FRIENDSHIP programme and fully share its key values.

Young talents begin their work before the key event. Currently they collect information, visit football trainings, interview young football players, write notes about national events that are hold as part of the programme as well as prepare to accompany their football team to Berlin where the Third International Children’s FOOTBALL FOR FRIENDSHIP Forum will take place on June 4-7.

During the Forum participants of the International Children’s Press Centre will work along with professional journalists collecting information, making reports, writing news for the FOOTBALL FOR FRIENDSHIP official social media accounts.

"The FOOTBALL FOR FRIENDSHIP programme unites not only young athletes but also future wordsmiths. And this is a unique initiative that on one hand gives young journalists a chance to try themselves and on the other hand implements an entirely new approach to event coverage when children’s forum is covered by children themselves. Teenagers listen to what their peers say with a greater interest and attention. That’s why it is especially valuable that young journalists speak about friendship, equality, fairness, health, peace, devotion, victory and traditions in their notes and reports. Young reporters will help children from different countries learn more about the FOOTBALL FOR FRIENDSHIP programme and someone will for sure feel like taking a ball and playing football,” noted Mikhail Barannikov, the head of the FOOTBALL FOR FRIENDSHIP International Children’s Press Centre, the president of the Inter-regional Public Charity Organization – Russian Committee – “SOS Children’s Villages”.

“I think journalists of the International Children’s Press Centre have a great opportunity to learn from professional reporters and get invaluable experience of self-guided work. We will have it all for real. We will do reports, hold interviews, write notes. I like writing and I am looking forward to visiting Forum, though even now I already have a lot of things to do. I communicate a lot with the team and write down the most interesting moments. I love football and I like FOOTBALL FOR FRIENDSHIP programme: I think it teaches right things and I am glad that I can tell other children about it”, – shared young journalist from Turkey Ela Köksal, 14 years old.

The Football for Friendship international children’s social project is implemented by Gazprom within the Gazprom for Children program. The project is aimed at developing the youth football game, fostering tolerance and propagating friendship among children from various countries. The key values supported and promoted by the participants include friendship, equality, fairness, health, peace, devotion, victory and traditions. World football legend Franz Beckenbauer is the global Ambassador of the project.

The annual Football for Friendship international children’s forum is the major event of the project, bringing together 12- to 14-year-old players from top football clubs. The key project principles were outlined by young delegates from 8 European countries during the first Forum held in London on May 25, 2013. The second Forum uniting the representatives from 16 countries took place in Lisbon between May 23 and 25, 2014.

During the Football for Friendship Forum young footballers have a chance to communicate with their peers from other countries as well as famous athletes and cultural figures. At the end of the Forum the participants traditionally visit the UEFA Champions League Final.

Gazprom is a global energy company. Its major business lines are geological exploration, production, transportation, storage, processing and sales of gas, gas condensate and oil, sales of gas as a vehicle fuel as well as generation and marketing of heat and electric power.

Gazprom views its mission in reliable, efficient and balanced supply of natural gas, other fuels and their derivatives to consumers. The Company takes leading positions in the Russian energy sector and is one of the top Russian oil producers.

Gazprom holds the world’s largest natural gas reserves. Its share in the global and Russian gas reserves makes up 17 and 72% respectively. Gazprom accounts for 13 and 73% of the global and Russian gas production output accordingly. At present, the Company actively implements large-scale projects aimed at developing gas resources of the Yamal Peninsula, the Arctic shelf, Eastern Siberia and the Far East, as well as hydrocarbon exploration and production projects abroad.

Together with the active business development, Gazprom pays much attention to social projects. In particular, the Company provides support to a number of sports organizations and events of both international and all-Russia scale. Gazprom is the official partner of the UEFA Champions League, offering support to the UEFA Super Cup, as well as a whole range of world’s famous football clubs – German Schalke 04, British Chelsea and Serbian Crvena Zvezda.