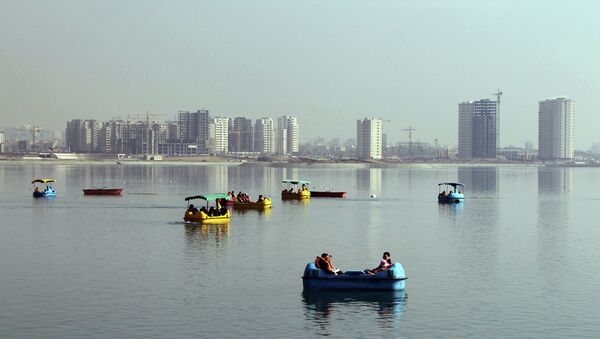 If Western sanctions against Iran are lifted in June 2015, the latter could prove to be a very profitable market for investors and private companies, Empresa Exterior wrote.

Iran could prove to be a very attractive market for foreign investors and entrepreneurs if the Western sanctions, imposed against the country due to its nuclear enrichment activities, are lifted in June, the newspaper reported.

Life After Sanctions: Iran Ready to Begin Exporting Oil to Europe
Being the second largest economy in the Middle East, Iran has a high economic potential. According to the newspaper, Iran is the main energy exporter compared with other Middle Eastern countries. It has the largest natural gas reserves in the world and ranks fourth in terms of the size of its oil reserves.

The country enjoys high potential not only in the energy sector, but also in the fields of agriculture and tourism. After the sanctions are removed, the country may attract significant investments in these spheres.

However, the newspaper writes, there are still many obstacles to overcome before reaching an ultimate agreement in late June. The key point is to determine the date and manner in which the sanctions will be lifted. While Iran demands the immediate removal of the sanctions, the US and the EU insist on their gradual lifting, corresponding with Iran’s steps to meet its obligations.