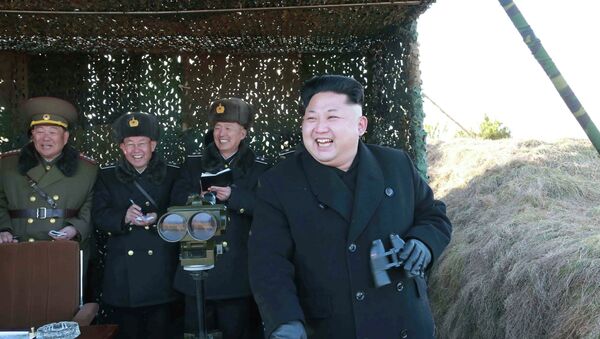 According to Kyodo’s sources, Kim Jong Un ordered the National Aerospace Development Administration to prepare to test-launch a rocket carrying a space probe.

Even though Pyongyang insists that satellite-carrying rockets are purely peaceful, the United States, Japan and South Korea suspect the project will "effectively be a test-launch of an intercontinental ballistic missile" that the North is allegedly developing, according to the report.

The Defense Ministry in Tokyo believes the rocket’s range could top 10,000 km if it were to be used as a long-range missile.

North Korea launched the rocket from the Sohae Satellite Launching Station in Tongchang-ri, in the northwest of the country.

North Korea later announced it successfully test-fired a ballistic missile from a submerged submarine, fueling speculation that Pyongyang is trying to increase a variety of ballistic missiles, Kyodo reported.

Pyongyang is also believed to be developing the Hwasong-13 rocket, which people in the Western intelligence community suspect is a mobile ICBM called KN-08.

The Kyodo report originated in Washington, adding fuel to speculation in the US, Japan and South Korea about Pyongyang deploying a new class of ballistic missiles.