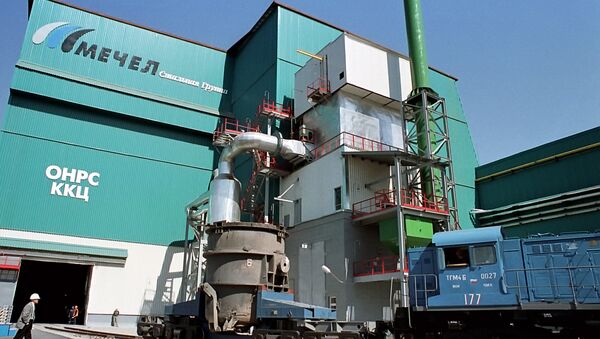 Bankruptcy of Russian Mining Giant Mechel 'Inevitable' - Economy Minister
MOSCOW (Sputnik) — Sberbank's 3.8 billion rubles (about $77,2 million) claim against the company and four of its subsidiaries as co-defendants, was filed May 7 and is waiting for a court hearing.

In mid-April, Mechel offered a debt settlement proposal to Sberbank. Sberbank's head German Gref said that the proposals were more a unilateral statement than an actual business proposal, including the offer of Mechel stock instead of cash to settle the Sberbank debt.

VTB's claim for $1.9 billion rubles (about $38.6 million) was filed May 12 and is awaiting a court hearing. VTB named five of Mechel's subsidiaries as co-defendants.

Oil Prices to Remain at $60-$70 per Barrel for Several Years: Sberbank Head
Mechel, founded in 2003, is one of the world's leading mining and metals companies, and has over 100 branches in 17 countries. The company, which produces coal, iron, ore, electric power and other products, has around 80,000 employees.

The company lost over 75 percent of its market value in 2014 and in March Russian Economy Minister Alexei Ulyukayev described Mechel's bankruptcy as “inevitable.”