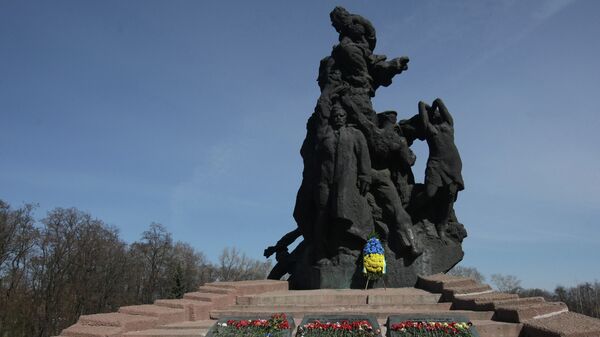 Even the memory of their own grandparents, massacred by Nazis, lost any significance for Ukrainian nationalists. The victims do not deserve the right to be remembered and should be wiped out from history because they lived in the Soviet period, the nationalists concluded.

'Jihad' on Lenin Monuments: What is Kiev Trying to Conceal?
Ukrainian nationalists decided to demolish monuments to the victims of the Babi Yar WWII massacre, Ukrainian newspaper Vesti reported Monday.

Petro Poroshenko's decree on "de-communization" of Ukraine and recognition of Nazi collaborators as freedom fighters gave a go-ahead to radicals who want to erase all monuments and symbols of the past with hammers and crow-bars.

Glorification of Ukrainian Nazi Collaborators is a Slap in Poland's Face
On Saturday, a group of school students aged between 14 and 18 vandalized a memorial plaque to Georgy Zhukov, the Soviet commander who participated in liberating Ukraine and conquered Berlin. Police let them walk free.

This time, three nationalistic organizations "Fashion Verdict", "Radical Youth" and "Kiev Division" declared war on the Monument to the Fallen Warriors, The Eternal Flame, The Monument of Military Glory and others.

The radicals promised to vandalize the Babi Yar monuments. Babi Yar is one of the most terrible pages in World War II history. Nazi troops and their collaborators massacred more than 100,000 captive Jews, Roma, Ukrainians, Russians and others in the Babi Yar ravine in Kiev between 1941 and 1943, until when Soviet troops stopped them. 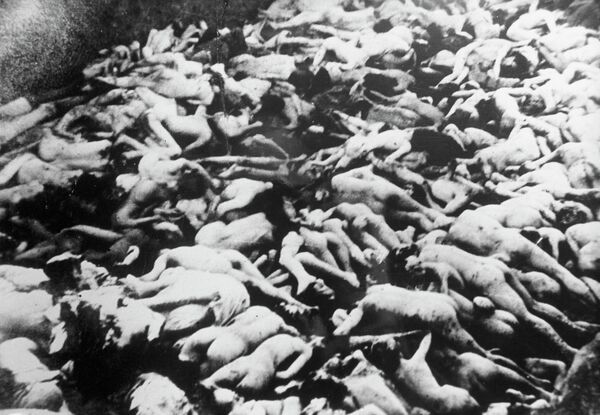 Reproduction of the photo depicting Babi Yar ravine, the place where 100,000 Soviets people were executed.
© Sputnik / RIA Novosti
/
Go to the photo bank

There are several monuments to the victims. 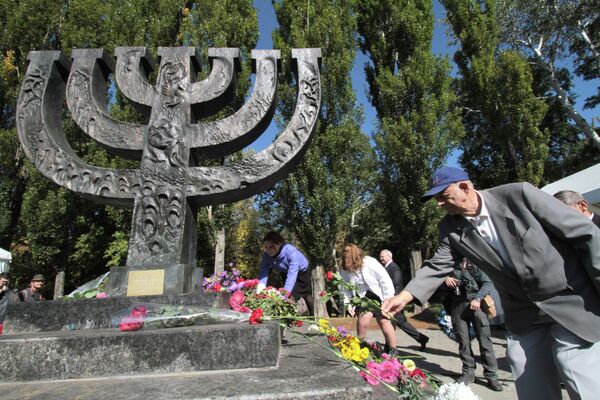 People lay flowers at the monument at the Babi Yar national historical and memorial park during a commemorative rally.
© Sputnik / Grigoriy Vasilenko
/
Go to the photo bank
Newsfeed
0
Access to the chat has been blocked for violating the rules . You will be able to participate again through:∞. If you do not agree with the blocking, please use the feedback form
The discussion is closed. You can participate in the discussion within 24 hours after the publication of the article.
To participate in the discussion
log in or register
loader
Chats
Заголовок открываемого материала