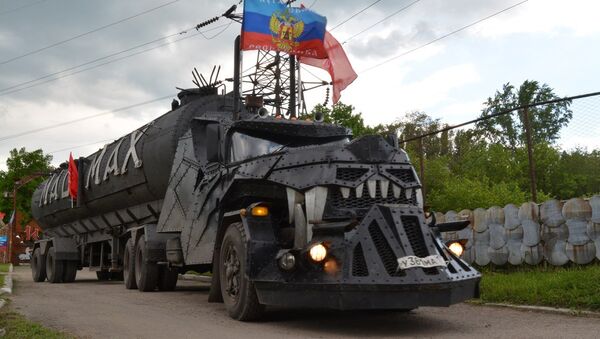 Russia's Night Wolves motorcycle club has been wowing the residents of the city of Lugansk with their Mad Max-style tanker truck, which has been seen driving through the city.

Parking at Theatre Square in the heart of the city, residents have reportedly been taking selfies with the monstrous vehicle, which is wrapped in a number of flags, including the flag of the self-proclaimed Lugansk People's Republic. 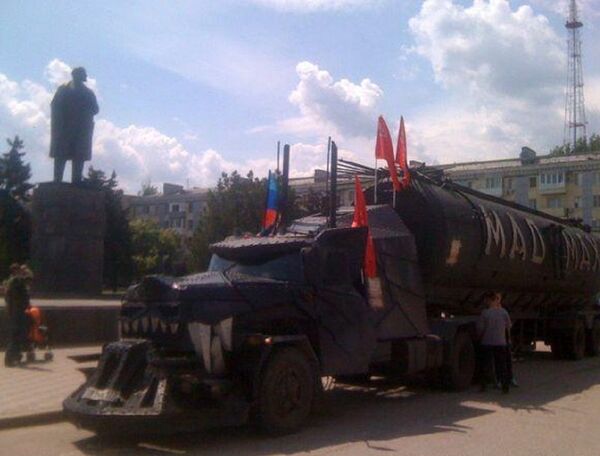 The truck, styled after the Mad Max tanker truck from the 1979 film starring Mel Gibson, is reported to be based on a Russian Zil.

The Night Wolves arrived in Lugansk on Saturday; the city serves as the final point in their road trip across Europe celebrating the 70th anniversary of the Allied victory in Europe in the Second World War. The bikers' leader, Alexander Zaldostanov, told local press on Saturday that the group chose Lugansk as the final leg of their trip because they considered it a symbol of resistance and freedom.

The Night Wolves successfully made it to the heart of Europe last week as part of a planned trek from Moscow to Treptow Park in Berlin, which features a Soviet War memorial. On their way, the bikers paid tribute to fallen Soviet and allied soldiers and visited war memorials. The bikers' trip raised a scandal with Polish authorities, which refused the bikers entry, but a group of bikers managed to carry on, standing firm on their promise to make it to Berlin on time for the May 9 celebrations.

The Mad Max tanker is one of the Night Wolves' most recognizable attractions, and can often be found at events organized by the bikers throughout Russia and the former Soviet Union. 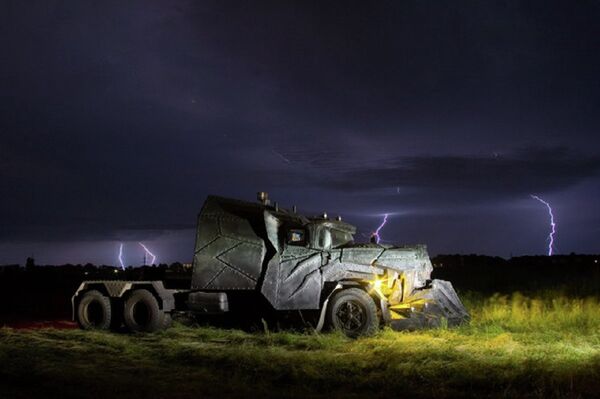 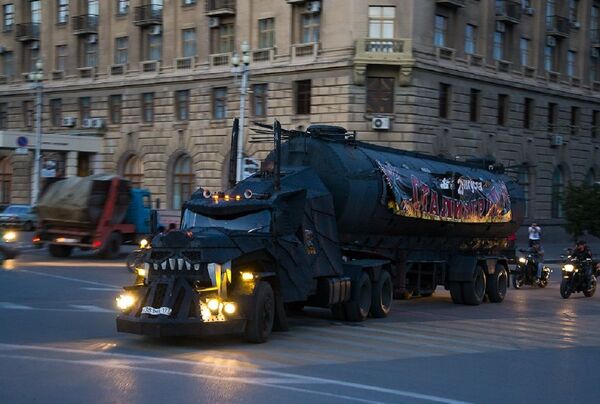 Mad Max driving through the streets of Volgograd, with a banner on its oil tank featuring the city's historic name - Stalingrad.
© Photo : n_baryshev.livejournal.com 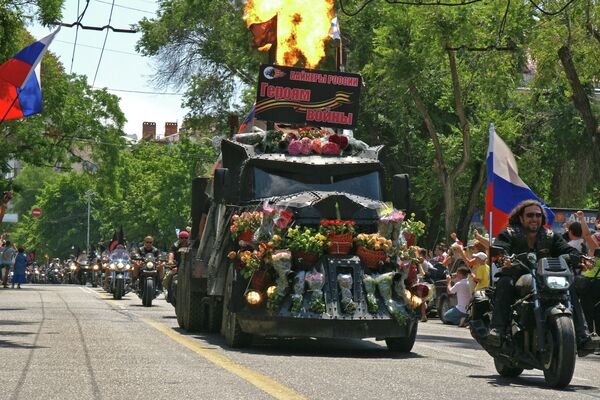