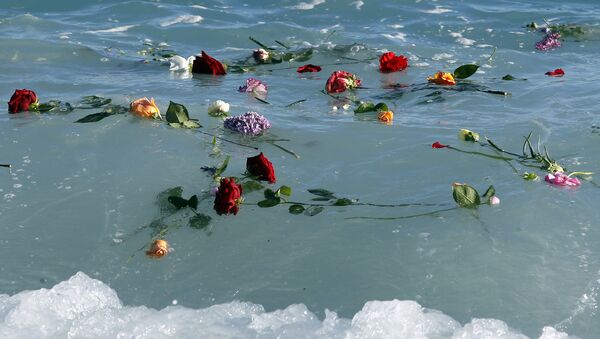 MOSCOW (Sputnik) — On Wednesday, the European Commission unveiled its plan to take in 20,000 refugees over the next two years and distribute them between the EU member states.

The proposal follows a string of fatal accidents in the Mediterranean Sea involving migrants trying to reach Europe in search of refuge.

In April, Berlin proposed at the EU Refugee Summit that two German warships, Hessen and Berlin, participate in rescues operations in the Mediterranean Sea. The vessels have life rafts, life vests, blankets, medicines and eight doctors on board.

The ships started their mission on May 5. Last week, Hessen and Berlin saved over 400 refugees. Europe is currently experiencing a dramatic increase in maritime migration as refugees flee conflicts and poverty in North Africa and the Middle East. Thousands of migrants drown in the Mediterranean while attempting to reach European coasts.

The deadliest incident occurred in April, when a boat heading from Libya to Italy with some 900 migrants capsized in the Mediterranean Sea, resulting in the deaths of almost all on board. Following the accident, the European Union agreed to triple financial support for rescue operations in the sea.

According to the International Organization of Migration, (IOM) about 3,000 refugees died last year crossing the Mediterranean assisted by people smugglers. Most of migrants come to Europe from Africa and the Middle East, in a bid to escape violence and poverty in their home countries.

“I am against the introduction of quotas for migrants. This has never been in line with French proposals,” Valls told reporters, as quoted by Europe 1 radio.

The proposal has also been criticized by British and Hungarian authorities. The United Kingdom is, however, exempt under EU law from having to resettle refugees, alongside Ireland and Denmark.

More than 600,000 asylum applications were registered in the European Union in 2014, according to official Eurostat figures. Some 64,000 people sought asylum in France.