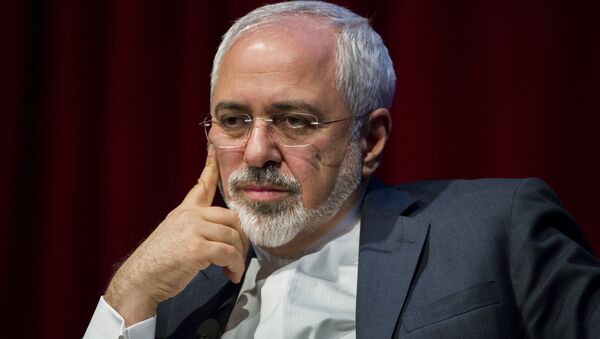 Iranian Foreign Minister Mohammad Javad Zarif said that Iran has its doubts about the sincerity of the Western counterparts in the negotiations, especially about the United States.

"Iran and the United States, in any case, will continue to have a different vision of the world. We will not surrender our positions as they shape our identity. But this should not lead to the conflicts," Zarif said.

He added that a serious progress in the settlement of the disputes regarding the Iranian nuclear program could be the basis for the resolution of other issues.

At the same time, Iran has its doubts about the sincerity of the Western counterparts in the negotiations, especially about the United States.

US-Iran Diplomatic Ties Unlikely to Thaw Despite Nuclear Deal - Iranian FM
“Distrust is enormous, and it is mutual," the minister pointed out.

Iranian Foreign Minister Mohammad Javad Zarif also said that six-nation group of international mediators still do not have a unified position on certain issues of a final agreement on Iran's nuclear program.

"Talks among the P5+1 countries take most of the time. On some issues, they still do not have a common position," Zarif said.

He added that majority of the deal’s paragraphs had already been discussed in Lausanne, but now they must be formulated so that it suited all the participants in the negotiations.

The West has long been accusing Iran of attempting to develop a nuclear weapon under the guise of a civilian program. Iran repeatedly denied these allegations.

Devil is in Western Interpretation of Iran Nuclear Deal
On April 2, Iran and the six world powers, including China, France, Russia, the United Kingdom, the United States and Germany, agreed during the negotiations in Lausanne on a framework for a deal to ensure the peaceful nature of Iran's nuclear program.

The deadline for the final comprehensive agreement is set for June 30.

The agreement is expected to ease energy-related sanctions against Iran, provided that international monitors verify that Tehran is not developing a nuclear weapon.