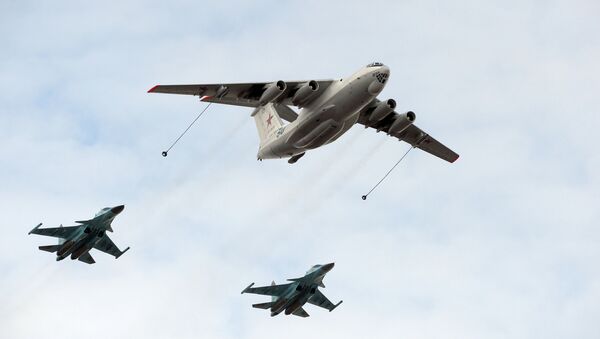 Kujat commented on the situation surrounding Russia's allegedly increased military activity near the borders of a spate of European countries.

According to him, Russia is seeking to show that "it is here again," in military terms, and that it should be taken seriously. At the same time, Kujat added that Russia plans no attacks on European countries.

"I want to emphasize that Russia did not cross any borders. The Russian military has always remained within international airspace or international waters. Direct confrontation is outside [President] Putin's plans," he said.

He also said that NATO strengthening its troops is not a threat to Russia. "No one wants a military solution," Kujat said, referring to NATO's "moderate" measures.

Mysterious Drone Detected During NATO Drills in Estonia
He warned that a possible war with Russia would be a "catastrophe of the 21st century," and that such an option must be excluded.

Kujat also ruled out Ukraine joining NATO "in the medium- and long-term prospects" due to a number of reasons, including the internal situation in the country and the high level of corruption there.

In February 2015, Kujat commented on the situation around the Ukrainian conflict in an interview with the German public broadcaster ARD. In particular, he rejected the allegations of Russian troops being involved in the hostilities in eastern Ukrai