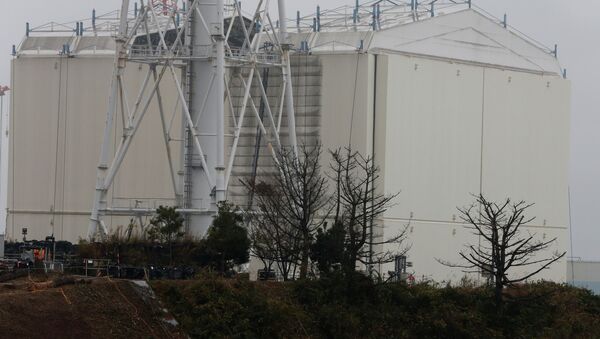 MOSCOW (Sputnik) — TEPCO said that it hoped to start the actual removal of the cover, which was installed by the company in 2011 to mitigate the damage done to the plant, in a week.

“It [the cover] was … meant to protect the environment from the dispersion of radioactive particles. Of course, these risks continue beyond the taking off of the cover: rainwater washing out radioactivity that enters the ocean, heavy storms impacting water and nitrogen injection systems,” Mycle Schneider, an independent analyst on Energy and Nuclear Policy, said.

Situation at Fukushima Site Remains Complex Despite Progress in Clean-up
He cited the International Atomic Energy Agency, that has stated in its latest report that this decision may lead to "higher radiological and conventional safety risks to the work force."

At the same time Peter F. Caracappa, an instructor and director of the Walthousen Reactor Critical Facility from the Rensselaer Polytechnic Institute, does not think there is a reason to consider TEPCO’s decision untimely.

He stressed that the most short-lived products generated by accident have decayed away, leaving the longer-lived materials, which will decay slowly over the next years.

“The radiological hazard from the remaining materials will be only a little different a year or five years or ten years from now, whereas the physical condition of the facility will only deteriorate as time progresses,” Caracappa told Sputnik.

The expert believes that TEPCO was able to adequately estimate the situation before the decision was made.