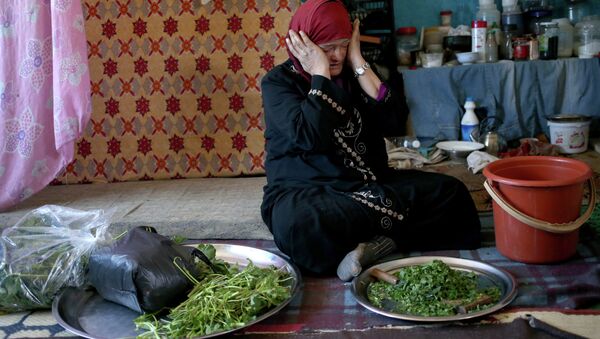 German Foreign Minister Frank-Walter Steinmeier said that Germany will help Lebanon and Jordan, the countries that reached the limit of their capacity to receive refugees.

Think Tank: Let in 10,000 Syrian Refugees to Boost Britain's Soft Power
MOSCOW (Sputnik) — Jordan and Lebanon have no further capacity to receive refugees from war-torn Syria and need help in tackling the issue, German Foreign Minister Frank-Walter Steinmeier said Friday ahead of his visit to Beirut and Amman.

Germany has spent about $960 million to tackle the Syrian refugee crisis since the beginning of the civil war in the country in 2011. It has allocated more than $280 million to Lebanon and about $240 million to Jordan.

"Lebanon and Jordan have reached the limit of their capacity [to receive refugees]. We cannot leave them alone facing such a challenge," Steinmeier was quoted as saying on the ministry's website.

UN Says Syrian Refugees in Jordan Sliding Into Abject Poverty
According to the UN Refugee Agency, about four million Syrians have fled their country and been registered in neighboring countries since the beginning of the civil war between pro-government forces and various military groups. The organization reported that more than one million Syrians were registered in Lebanon, although the country's own population is about four million. About 600,000 Syrians currently live in Jordan.

Steinmeier added that the world was facing a refugee catastrophe of unprecedented scale and that the European Union should help refugees fleeing violence and poverty in North Africa and the Middle East before they put their lives at risk trying to cross the Mediterranean, searching for a safe place in Europe.