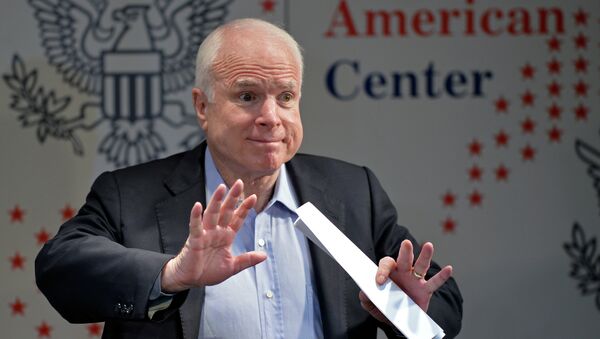 US Senator John McCain (R-AZ), well-known for spearheading the anti-Russian and particularly anti-President Putin crusade, has ultimately turned down a post as advisor to Ukraine's President Poroshenko, citing some constitutional provisions which prohibited him from accepting the role.

The warmongering Arizona senator has made a final statement on his appointment as a member of the International Advisory Board to the Ukrainian president, dismaying both Petro Poroshenko and former Georgian President Mikheil Saakashvili, who were quick to put him on the list. 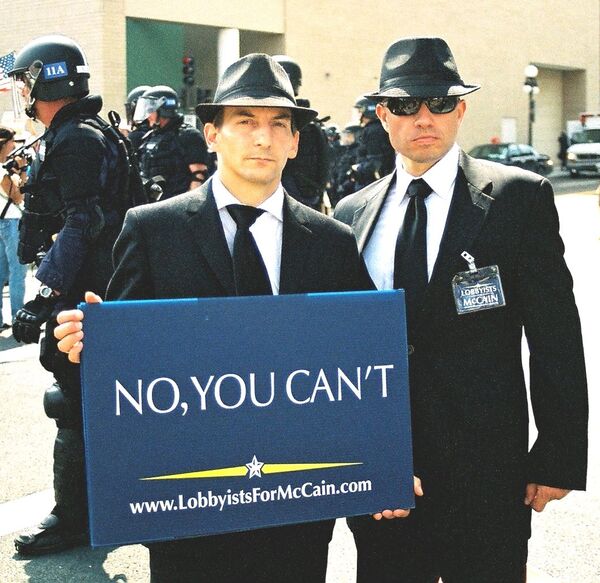 “I was honored to be asked to join Ukraine's International Advisory Council on Reforms, a forum for discussing ways to ensure Ukraine’s territorial integrity and security and support the country’s democratic future in the face of Russian aggression. However, under provisions of the US Constitution concerning the interaction of Members of Congress with foreign governments, I am obligated to decline the invitation,” McCain wrote in his statement.

The senator, however, vowed to remain a friend to Kiev and continue “standing shoulder-to shoulder in their fight against Vladimir Putin”. Apparently, he will do so from the US. 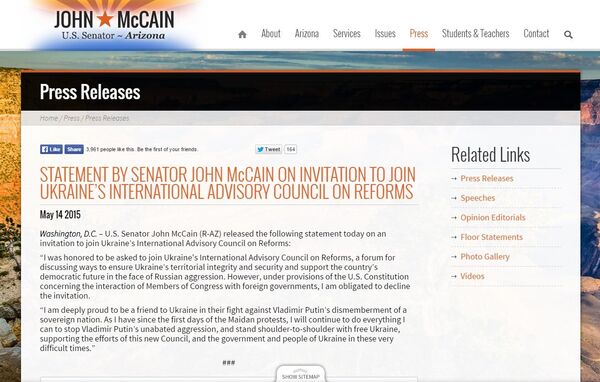 “I am deeply proud to be a friend to Ukraine in their fight against Vladimir Putin’s dismemberment of a sovereign nation. As I have since the first days of the Maidan protests, I will continue to do everything I can to stop Vladimir Putin’s unabated aggression, and stand shoulder-to-shoulder with free Ukraine, supporting the efforts of this new Council, and the government and people of Ukraine in these very difficult times.” 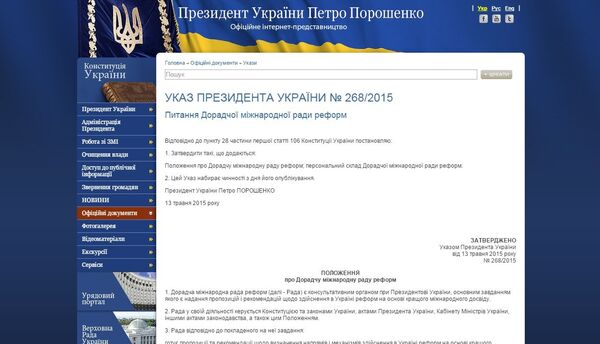 Earlier on Wednesday, President Poroshenko announced that Senator John McCain was to take up an official part-time government post in Kiev and published a decree on his presidential website putting him on the member list. 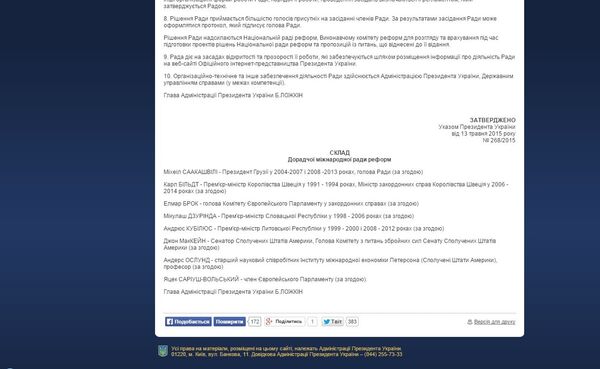 McCain admitted that he was asked to do it both by Ukraine and Saakashvili, adding that he was inclined to do it, but noted that he needed to “look at all the nuances of it, whether it's legal under our ethics and all that kind of stuff.”

McCain, who chairs the US Senate Armed Services Committee, has persistently called on the Obama administration to deliver weapons to Ukraine as Kiev forces carried out a military operation against the self-proclaimed republics of Luhansk and Donetsk in the country's east.

Earlier this year, the politician said that he was "ashamed" of US President Barack Obama for not providing enough help to Ukraine.