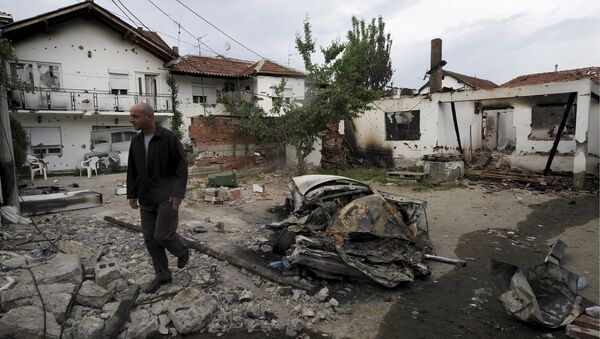 “I cannot judge with a final definition, but objectively it turns out that these events in Macedonia are developing on the backdrop of the Macedonian authorities’ refusal to join in the sanction policy against Russia, as well as on the backdrop of its active support that Skopje showed in regard to the planned construction of the Turkish Stream gas pipeline, which many in Brussels and those overseas are against,” Lavrov said during a joint press conference with Serbian Foreign Minister Ivica Dacic in Belgrade.