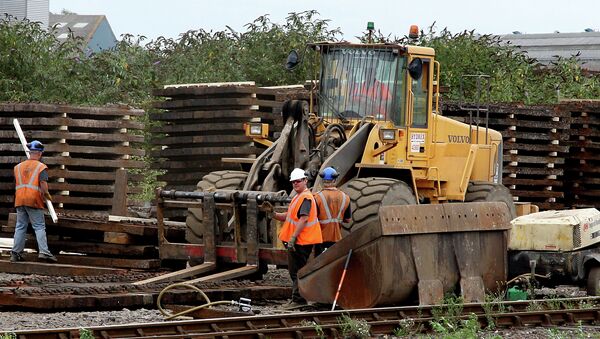 © Flickr / John Turner
Subscribe
According to National Union of Rail, Maritime and Transport Workers, UK rail workers will launch a 24-hour strike over pay on the May 25 Spring Bank Holiday.

The strike action, set to begin at 5 p.m. local time (16:00 GMT), will include signalers and maintenance staff, the media outlet reported.

Earlier this week, some 80 percent of RMT members voted in favor of industrial action amid an ongoing pay dispute with Network Rail. The union rejected a Network Rail offer of a 500-pound ($788) pay increase, claiming the sum could not sustain living standards and job security.

The strike is likely to become a challenge for the recently appointed UK Cabinet, as new Business Secretary Sajid Javid has vowed to crack down on strikes. Javid said he would push ahead with new legislation to make strikes illegal unless at least 40 percent of staff votes in favor of the action.