The Ukrainian government has approved an approximate price tag for the construction of a so-called “wall” along its border with Russia: the newly-released cost estimate of $500 mln as of the end of 2014 has been slashed to approximately $200 mln; and the works will run faster – it will now take three years rather than four, as was claimed earlier.

Ukraine has reduced the estimated cost of the construction of a so-called “Wall” project along its border with much-feared Russia.

Construction work will now require 4 billion hryvnias (almost $200 million) and will run for three years. At the end of 2014, the government had claimed it would need four years and an estimated 8 billion hryvnias (at that time, the equivalent of $500 mln). 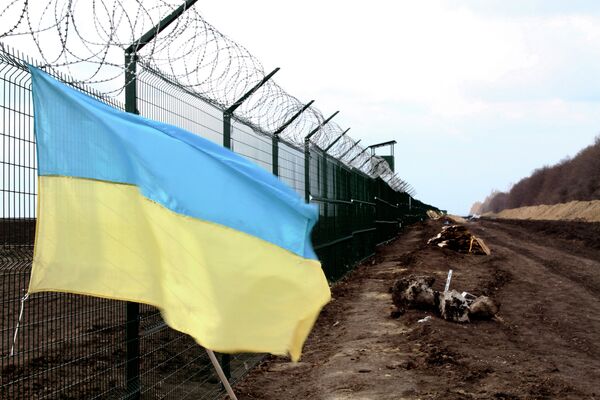 A Ukrainian national flag is attached to the fence on the Ukrainian-Russian border near Hoptivka, Kharkiv region, eastern Ukraine
© AP Photo / Inna Varenytsia

According to the project, more than 2,000 kilometers of the country's actual border with Russia will be protected with anti-tank (anti-transport) trenches measuring four meters wide and two meters deep as well as 17-meter tall metal watchtowers, observation posts, alarms, retaliatory weaponry and special border check-points.

The construction work along the border as well as in territories adjacent to the zone of the so-called anti-terrorist operation and Russia’s Republic of Crimea will be supervised by the state border guard service. 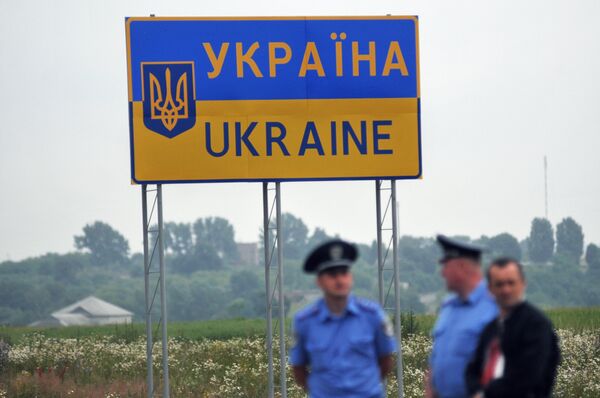 Earlier in May, Ukrainian President Petro Poroshenko confirmed that the nation’s government still plans to build its so-called Great Wall of Ukraine but claimed that Ukraine will set aside 300 million hryvnias ($12.8 million) to begin engineering work on border defenses this year.

Ukrainian officials first proposed the Great Wall in Autumn, claiming it will prevent Russian tanks from crossing the border.

The project was called the “Wall”, but then-Prime Minister Yatsenyuk proposed to rename it the “European bulwark”.