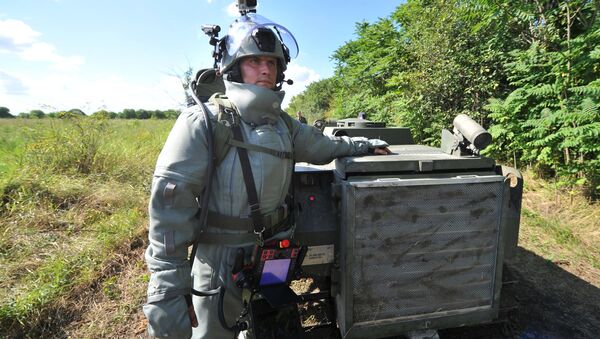 Unlike previous trials which tested the robots on an individual basis, this exercise had the battle robots work together as military units. The robots were controlled from a command center far away from the exercise site, according to the source.

"During tests at the Rayevsky proving grounds, engineering reconnaissance as well as the destruction of targets using machine guns and automatic cannons were tested. At the final stage of the exercises, battle robots practiced destroying armored equipment using anti-tank guided missiles," the source said.

Two of the Uran family robots will be demonstrated at the Army-2015 expo, including the mine-clearing robot and the firefighting robot, although armed robots are not mentioned in the press release.