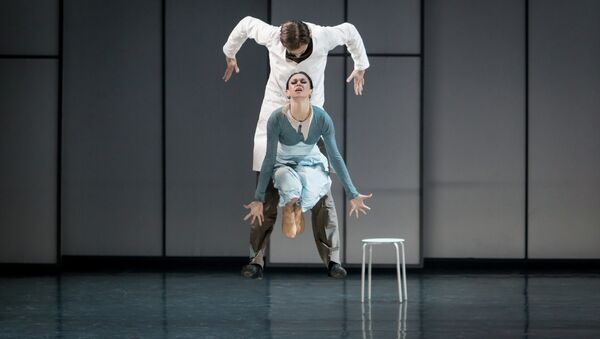 The renowned Eifman Ballet from St. Petersburg, Russia, continues its major North American tour and will premier its new ballet about the Jazz Age in New York on May 22-24, 2015, the Ballet's press office announced in a press release.

WASHINGTON (Sputnik) — The “Up & Down” New York premiere will be held at New York City Center, which is a home to distinguished dance companies.

“On May 22-24, St. Petersburg’s Eifman Ballet company will premier in New York its new ballet ‘Up & Down’ that plunges audiences into the atmosphere of the Roaring Twenties,” the press release said on Wednesday.

This new ballet by choreographer Boris Eifman is set to the music of George Gershwin, Franz Schubert and Alban Berg. The ups and downs of the ballet’s characters take place in the Jazz Age of the 1920s.

"Our mission is to show a Western audience the modern and original ballet art of Russia and to prove that serious philosophical problems can be solved with dance language,” Eifman said.

The Eifman Ballet will also perform at the Kennedy Center in Washington, DC on May 29-31, 2015. In June, it will perform in Costa Mesa and Los Angeles, California.

As a part of its North American tour, the Eifman Ballet has already performed in Boston and Chicago as well as in Montreal and Toronto, Canada.