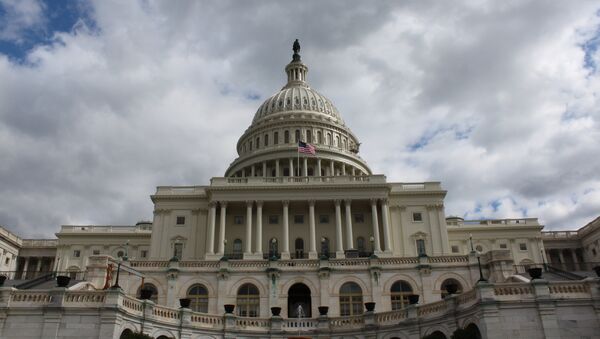 The USA Freedom Act, H.R. 2048, passed in the US House of Representatives on Wednesday with a vote of 338 to 88. The bill aims to end the National Security Agency’s bulk collection of phone records, but critics say it still falls short of protecting Americans’ privacy rights.

The vote comes as no surprise, as the bill was widely expected to pass through the House easily across both parties, with the White House lending its support on Tuesday.

"The administration applauds and appreciates the strong bipartisan and bicameral effort that led to the formulation of this bill, which strikes an appropriate balance between significant reform and preservation of important national security tools," the White House said in a statement.

Although this bill breezed through the House, passing in Senate is expected to be far more difficult.  Democratic Sen. Patrick Leahy and Republican Sen. Mike Lee earlier put forward a version of the bill and faced opposition from both sides, with some arguing it goes too far, and others saying it does not go far enough.

One of the biggest critics of the USA Freedom Act has been Senate Majority Leader Mitch McConnell, who has instead proposed an extension of section 215 of the Patriot Act, reauthorizing the NSA to operate as it has been until 2020.  Democratic Senator Ron Wyden and Republican Senator Rand Paul have both promised to filibuster McConnell’s attempt.  Section 215 is due to expire on June 1 if the reauthorization is blocked.

On May 7, the US Court of Appeals for the Second Circuit ruled in the case of the American Civil Liberties Union v. James Clapper, director of US National Intelligence, deciding that the dragnet collection of phone records is illegal.

The court stated that the "the telephone metadata program exceeds the scope of what Congress has authorized and therefore violates [Section 215]," putting a kink in McConnell’s desire to allow the NSA to carry-on unchanged.

Despite its presentation as a remedy to what many consider the USA Patriot Act’s constitutional violations, many privacy advocates aren’t convinced the bill does enough to check the NSA’s surveillance powers.

“In light of the Second Circuit’s decision, the EFF asks Congress to strengthen its proposed reform of Section 215, the USA Freedom Act. Pending those improvements, the EFF is withdrawing our support of the bill.” David Greene and Mark Jaycox of the digital rights group Electronic Frontier Foundation wrote in a statement.

Justin Amash (R-MI) has also been outspoken in declaring that not only does the bill not go far enough, it may actually do more harm than good.

“H.R. 2048 gives our intelligence agencies, for the first time, statutory authority to collect Americans’ data in bulk. In light of the Second Circuit’s opinion that the NSA has been collecting our information in bulk without statutory authority for all this time, it would be a devastating misstep for Congress to pass a bill that codifies that bulk collection and likely ensures no future court will ever again be positioned to rule against the government for over-collecting on statutory grounds.” Amash wrote in a statement on Facebook.