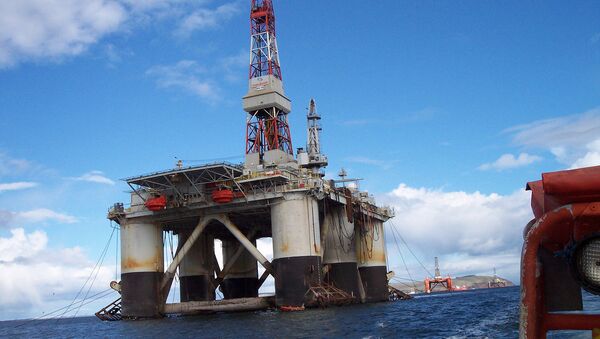 © Flickr / Steven Straiton
Subscribe
Moscow is holding consultations with OPEC on the situation of the oil market and its prices, the Russian Deputy Energy Minister said.

‘It’s up to Allah’: Saudi Oil Chief Says No One Can Set Oil Prices
MOSCOW, May 13 (Sputnik) – The current oil prices are within those predicted earlier by the Energy Ministry, deputy minister Kirill Molodtsov said Wednesday during a business forum.

“If we look at the forecasts that we gave earlier, you’ll understand that we are basically in those corridors [that were predicted],” Molodtsov said in response to whether Russia was fine with the current prices of oil.

Moscow is holding consultations with OPEC on the situation of the oil market and its prices, the Russian Deputy Energy Minister added.

“We’re holding consultations,” Molodtsov said in response to a question of what Russia’s current position is that will be presented during an OPEC meeting slated for June.

Systematic crises that were expected as a result of situations in 2014 have not been observed in Russia’s oil and gas industry, the Russian deputy energy minister said.

“The industry is doing fine, and that concerns both the extraction and refining of hydrocarbon raw materials…We haven’t observed any serious influences from last year on the industry’s activity.”

He said added employment levels in the oil and gas industry were stable in the country.

“We are seeing a continuance of growth on the oil and chemicals market. There is neither a decrease in workplaces, nor a drop in production.”

Russian Energy Minister Alexander Novak is set to meet with OPEC representatives ahead of the upcoming OPEC summit. On June 2-3, the leading oil producers will again look into extraction quotas after the 12-nation group left their output volumes unchanged in November 2014. This decision led to oil prices falling even lower.