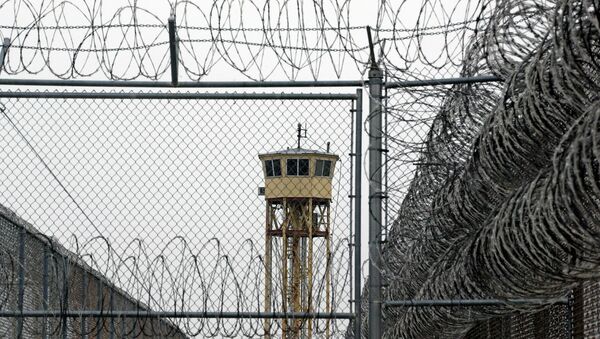 MOSCOW (Sputnik) — On Tuesday, Human Rights Watch (HRW) issued a report that reveals the regular use of excessive and punitive force against mentally ill prisoners in US correctional facilities. Insufficient training and supervision of staff is mentioned in the report among the reasons for this mistreatment in US jails.

"When you are on duty, you need supervisors who review your behavior, who make you comply with the rules. When you find police for example not following their training, it's again because supervisors are letting them get away with it," Jamie Fellner, US program senior adviser at HRW and the author of the report said.

Fellner added that before people start to work in US prisons, they go to training courses, but "if supervisors don't give them some sort of refresher courses, that training becomes stale and becomes useless."

Torture Is Still Taking Place Within US Prisons - CIA Whistleblower
Apart from poor training and supervision of stuff, the report cites lack of mental health treatment, impunity for those who humiliate inmates, as well as poor leadership behind prisoners rights violations in US jails.

Jamie Fellner also said that reducing inmate population in US prisons would help save money to improve the conditions of those behind bars.

"If we reduced population behind bars, which we could easily do without having any adverse public safety consequences, there would be more money to provide decent conditions of confinement for those who remain behind bars," Jamie Fellner, US program senior adviser at HRW and the author of the report said.

The report entitled "Callous and Cruel: Use of Force against Inmates with Mental Disabilities in US Jails and Prisons" describes incidents in over 5,100 prisons across the United States, including staff breaking prisoners' bones such as noses and ribs, inflicting burns and damaging internal organs.

Fellner added that "even if legislators decided to keep the same numbers of people behind bars, they cannot use finances as an excuse for having inhumane conditions of confinement."

Incarcerated individuals with such serious mental illnesses as schizophrenia, bipolar disorder, and depression are often abused and tortured, occasionally sustaining injuries, according to HRW. Reports exist of staff breaking prisoners' bones such as noses and ribs, inflicting burns and damaging internal organs.

Among the reasons cited in the report for this mistreatment in US jails, was a lack of mental health treatment, deficient training and supervision of staff, impunity for those who humiliate inmates, as well as poor leadership.