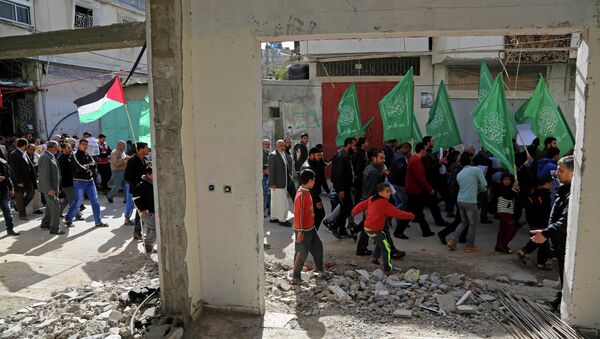 © AP Photo / Adel Hana
Subscribe
The bitter 50 day war between Israel and Hamas in the summer of 2014 ended with a truce that many in the Israeli government have criticized for failing to oust the group from the Gaza Strip. But a senior Israeli military officer has refuted the criticism, saying that there is no substitute for Hamas’s authority in the territory.

The comments were made by Major General Sami Turgeman, Head of Israel’s Southern Command, in a meeting with community leaders from around the country on Monday. According to Tel Aviv daily Yediot Aharonot, Turgeman used the meeting to insist that there is no viable alternative to the Islamist group in Gaza. 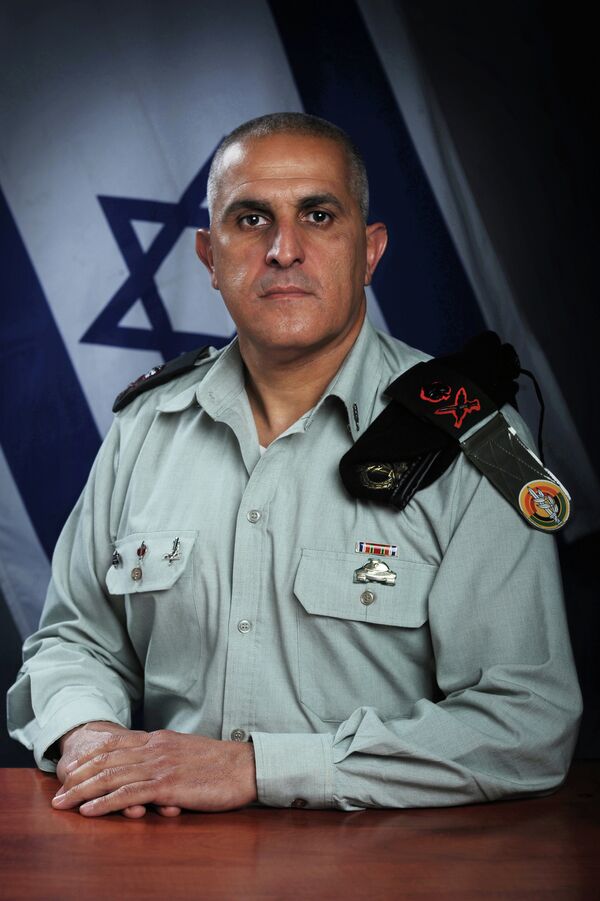 "There is no substitute for Hamas as ruler in the strip," Yediot Aharonot quoted the general as saying. "The alternative would be the Israeli military and chaos in governance."

Turgeman’s analysis comes as Prime Minister Benjamin Netanyahu tries to get a center-right government confirmed by a highly restive Israeli Knesset. Netanyahu recently tried to appeal to former foreign minister Avigdor Lieberman and stop him from taking his Yisrael Beitenu party into the opposition.

One of Lieberman’s demands is for Netanyahu to commit to the ousting of Hamas as the de-facto power in Gaza. Lieberman reportedly stepped out of negotiations with Netanyahu partially due to the belief that his coalition has no intention of doing so.

Despite continuous disagreements with Lieberman, Netanyahu has been explicit about his opposition to Hamas’s control of Gaza. He has said that the group and the Islamic State and Al Qaeda are “branches of the same poisonous tree” – another statement Turgeman contradicted during Monday’s meeting.

The general said that far from forming an ideological axis with global terrorist groups, Hamas does "not want global jihad," but in fact, has shared interests with Israel.

"Israel and Hamas have common interests, of peace and quiet for growth and prosperity, even in the present situation," he said. "We have an interest in someone being responsible for the strip, because otherwise will be chaos there and the state of security will be far more problematic."

Turgeman went on to describe Hamas’s rule in Gaza as one akin to a functioning state, as well as that of a military group.

"Gaza has an independent authority that functions like a country,” he said. “There is a government and an annual plan, with executive bodies and inspection authorities. Within the country there is a ruler that is called Hamas which knows how to exercise power over the other authorities."

He went on to undermine right-wing Israeli politician’s depiction of Hamas and its conflict with Israel.

"The struggle against Hamas is not a military war," he argued. "Anyone who thinks that the struggle between us and Hamas is just a matter of applying military force against one another doesn’t correctly understand the situation."

Turgeman stressed that the notion of ousting Hamas through military efforts is ineffective.

"It’s not bang and we’re done,” he explained. “Most of the citizens in the Strip see Hamas as the only solution to their problem."

Speaking about the most recent conflict with Hamas, Turgeman also contradicted claims that Israel had won its war.

"For Hamas, the number of dead and amount of our attacks are not a measure of success or lack of success," he noted. "What matters is that it didn’t lose and that it stayed in power."

The August 2014 war between both parties left around 2,200 Palestinians and 73 Israelis dead.

Turgeman also noted that Hamas’s attempts to rebuild its capabilities in the aftermath of the conflict are not alarming. "I don’t know any military that doesn’t start building its forces after a war. We did that, too."

The general’s analysis, while at odds with much of the political rhetoric in the country, is shared by many in the Israeli military and intelligence community. It also comes at a time when Hamas is under increasing economic pressure, as Egypt cracks down on smuggling across tunnels under the border. Foreign diplomats and aid agencies have expressed concerns that Hamas’s subsequent weakening may prompt it to lose ground to more radical Islamist groups.