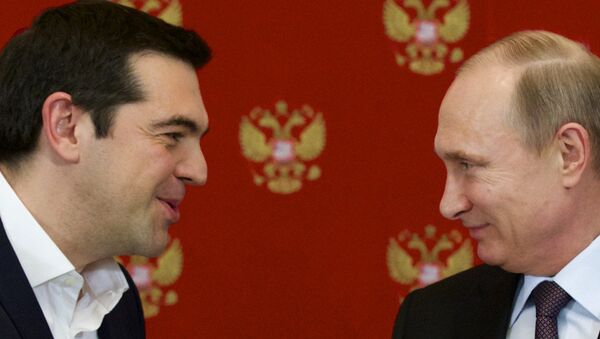 "I believe that in our forthcoming visit to St. Petersburg, where Alexis Tsipras will participate at the Forum where he has been invited, more details and I think detailed explanation on this proposal will be exposed from both sides," Kostas Isihos, who is co-chairman of the joint Russian-Greek Council for economic, industrial and scientific-technical cooperation, said.

"For Greece it would mean that it would be the first time in the European Union that accepts such a proposal if this proposal is of mutual benefit. So in a way Greece would contribute to the whole of Europe, opening new roads for cooperation not only with Russia, but with BRICS, which is a new world reality."