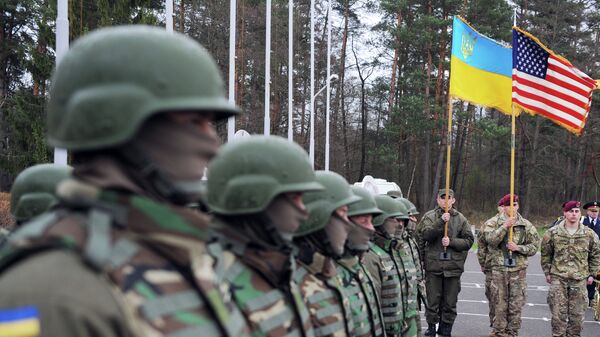 The Ukrainian parliament on Tuesday passed in the first reading a law that would allow foreigners to serve in its armed forces.

Epilepsy? Tuberculosis? Doesn't Matter, You're in Ukrainian Army Now!
KIEV (Sputnik) – The bill was passed in the first reading with 257 lawmakers of the minimum 226 votes needed. The legislation will need to be passed in a second reading before it goes to the president to be signed.

The explanatory note to the bill says that after special units of the Ministry of Internal Affairs had been formed on a voluntary basis, foreigners with military experience started coming to the country's east. Despite the lack of any legal framework for such actions, some of them were taking and are currently taking part in military action. At the same time, Ukraine's current legislation does not allow foreigners to serve in the military.

The document notes that international practice acknowledges rights of foreigners to serve in legal military formations abroad under contract.

"There are grounds to hope that after foreigners and individuals without citizenship receive the legal possibility to serve in the armed forces, our country will get several battle-ready, experienced, and motivated units of up to 1,000 men," according to an explanatory note to the bill.

Bad Teacher: Right Sector Invites Ukrainian Armed Forces for Lessons
According to the authors of the bill, foreign troops will reduce the need to recruit Ukrainian citizens in the army and cut down the cost of payments to the combatants, the disabled soldiers and families of the servicemen killed on duty.

Kiev has been fighting independence supporters of the country's southeastern regions for more than a year. The fighting has killed over 6,200 people, according to UN figures.