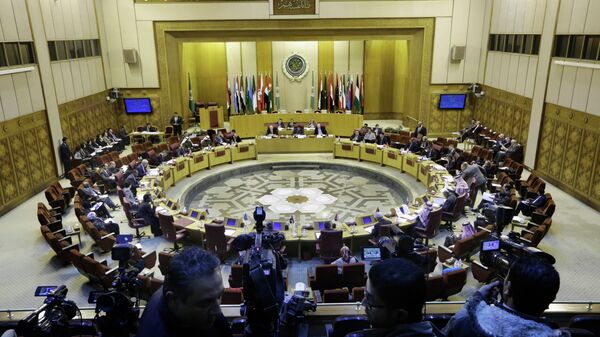 © AP Photo / Amr Nabil
Subscribe
As world leaders continue to grapple over how to resolve the chaos left in post-Qaddafi Libya, high-ranking military personnel from Arab countries will discuss the matter in Cairo on May 18. The talks could also include France and Italy, which played key roles in the coalition’s bombing campaign.

Since the ousting of Muammar Qaddafi in 2011, the lack of a stable government has led to a power vacuum in Libya. That disorder has, in turn, exploded the migrant crisis in the Mediterranean, as thousands reach the coastline through the nation’s unsecured borders to attempt unsafe passage to Europe.

The migrant crisis can arguably be blamed on coalition airstrikes which aided the fall of the Qaddafi’s government.

Next Monday, military leaders from Egypt, Jordan, the United Arab Emirates, Kuwait, Sudan, Bahrain, Saudi Arabia, and Libya, will meet to discuss strategies on how to stabilize the nation, according to an Arab League source speaking to Defense News.

"Five Mi-35 Hind upgraded helicopters were delivered last month ahead of more Russian equipment, which include anti-tank and armor-piercing weapons and munitions," the source said.

The meeting will focus on organizing Libyan tribal leaders to create unified support for a potential Arab intervention.

"A meeting to coordinate the different tribes in Libya would reinforce the credibility of an action by the Joint Arab Force in Libya," Jean-Marc Rickli, assistant professor with the Department of Defence Studies at King’s College London, told Defense News.

That unification is seen as a crucial step in stabilizing Libya, and something that has been stressed in the past by the Egyptian government. 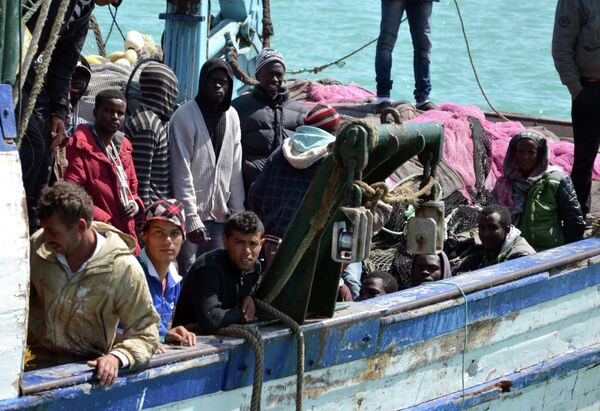 Migrants arrive at the port in the Tunisian town of Zarzis, some 50 kilometres west of the Libyan border, following their rescue by Tunisia's coastguard and navy after their vessel overturned off Libya, on April 13, 2015
© AFP 2021 / FETHI NASRI

The May 18 meeting could also include officials representing France and Italy, despite the role of those countries in the coalition bombing which largely caused the crisis.

"France has been asked to supply with logistics and special forces while Italy has been called to provide naval support," the Arab League source said.

That naval support is already largely in place, and could easily be used to support a ground operation.

The European Union – Italy, in particular – has already taken criticism for its treatment of the migrant crisis in the Mediterranean. Amnesty International blamed European leadership for its decision to halt a search and rescue operation after the capsizing of a migrant vessel off the coast of Tripoli.

It’s criticism like this that makes the Italian government eager to stabilize its neighbor across the sea.

"A Libya in convulsions of civil war is a source of instability for the whole North Africa and the Mediterranean, as it represents a geopolitical black hole which breeds the phenomenon of international crime trafficking of drugs, arms, and people, and religiously motivated terrorism," Andrea Margelletti, president of the Center for International Studies in Rome, told Defense News.

"In addition, there are Italian economic interests in Libya that our government intends to protect, above all those related to the hydrocarbon sector."

All parties have expressed concern over the growing influence of the self-proclaimed Islamic State terrorist group, and the potential for its spread through a destabilized Libya. The group rose to power through the fall of the Saddam Hussein.

UNSC Resolution on Mediterranean Unlikely to Be Opposed by Russia - EU

The leaders could also be encouraged to intervene in Libya based on what they see as a success in Yemen.

"With the operations in Yemen going quite well at the moment and with the movement from the first phase of operations to the second phase, now this could embolden the Arabs to move into Libya," Rickli said.

"However, in Yemen it was known who were the assailants [and] where direct actions [can] be taken," he added. "In Libya, the question is who could be labeled as the bad guys."