Poland Not Yet Ready for Women in Politics – Ogorek 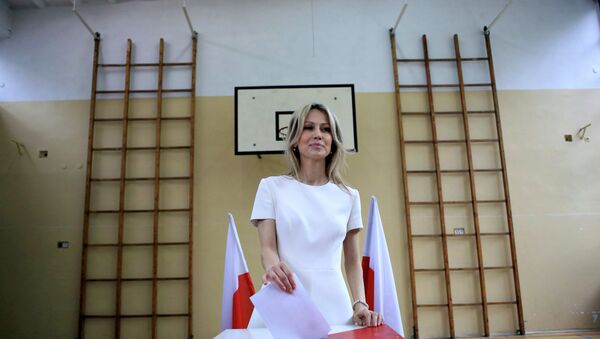 Magdalena Ogorek, the only woman vying for Poland’s top job in this year’s presidential race, garnered a mere 2.4 percent of votes, according to the latest exit poll figures. This is the worst result for the Democratic Left Alliance in the entire history of the Third Republic.

Poland's President Komorowski Not Reelected in First Round - Exit Poll
“Poland is not yet ready for women in politics”,  Magdalena Ogorek, the main left-wing candidate, former actress and TV commentator, told reporters at her campaign headquarters in Warsaw shortly after the publication of the exit poll results.

The anti-EU minded Duda was predicted to receive 34.8 percent of the vote to Komorowski's 32.2 percent, according to the IPSOS exit poll released by the private TVN24 and the state-run PAP news agency.

The poll results reflect growing dissatisfaction with the country’s pro-EU establishment led by the center-right and pro-business Civic Platform party, which has been in power since 2007.

The exit poll forecast that no candidate would win more than 50 percent of the votes needed to avoid a runoff.