Military Airbus A400 Aircraft Crashes in Seville, No Survivors 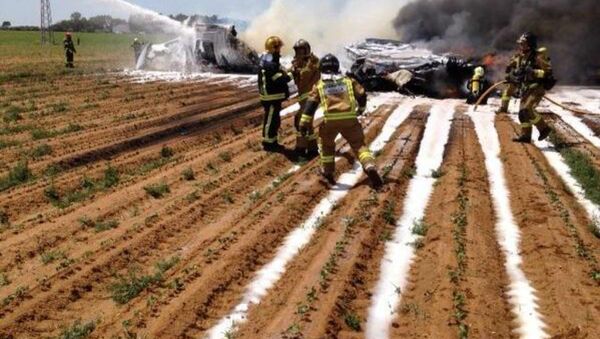 © Twitter / BOMBEROSSEVILLA
Subscribe
International
India
Africa
A military cargo plane crashed in Seville shortly after takeoff, killing everyone on board

"We express solidarity with the victims and their families, and show our regret. We are at your, and all the families', disposal," said Rajoy, who said that between eight and ten people were on board.

According to reports, the plane crashed approximately a mile north of Seville's San Pablo Airport, which was closed after the accident.

The Airbus A400 military transport plane was still in the property of the manufacturer, which has its Airbus Military production facility at locations around Andalucia, where the planes undergo a testing phase prior to being delivered to the buyer.