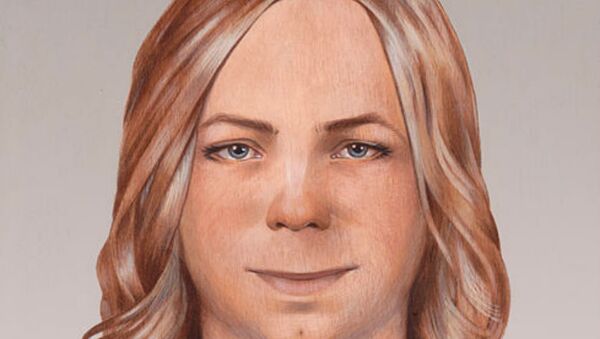 Chelsea Manning, the US soldier imprisoned for leaking the largest trove of classified documents in US history, has proposed, and drafted, a bill to strengthen protections for journalists reporting on government secrets.

While serving her 35-year sentence in military custody, Manning has taken to studying current freedom of information laws and has written a 31-page proposal for legislation to protect whistleblowers and those who publish the information they provide.

In particular, she proposes reforms to use of the Espionage Act, which has been used eight times during the Obama administration to prosecute people for passing classified information to the media, including to convict Manning herself.

Her proposed name for the bill is the National Integrity and Free Speech Protection Act (NIFSPA).

Writing in the Guardian Wednesday, Manning argued that protecting those who bring information to the press is essential to a functioning democracy since, "when the public lacks even the most fundamental access to what its governments and militaries are doing in their names, then they cease to be involved in the act of citizenship."

The bill aims to tilt the legal balance of power away from the government's claims to protect "national security" and towards the protection of journalists' freedom to publish classified information and to speak out against the government.

NIFSPA also aims to strengthen the Freedom of Information Act by making information more easily accessible in digital formats and eliminating the fees journalists incur for making the requests, if the agency being petitioned fails to fulfill it within a reasonable period of time.

Other pieces of legislation addressed are the Patriot Act and the Computer Fraud and Abuse Act.

The bill comes from a personal perspective for Manning as it would seek to change the very laws that sent her to Leavenworth prison. Manning was arrested in 2010 and convicted three years later for leaking over 700,000 documents to the website WikiLeaks.

The proposed bill would make it more difficult to prosecute people under the particular part of the Espionage Act under which she herself was charged with "aiding the enemy." That charge was ultimately dropped but Manning was subsequently convicted on five other counts and sentenced to 35 years, with a possibility of parole in the eighth year.

In NIFSPA she writes annotations to the Espionage Act that would require the government "to prove that the intention and motive of the accused in transmitting or communicating sensitive documents or information was to harm the government or someone else."

She also proposes a broad shield law that brings previous protections for traditional media into the digital age to include anyone involved in "gathering or seeking of news or information."

"We need to create a media 'shield' law with teeth and substance that creates an effective federal privilege for communications between a journalist and her sources," Manning wrote Wednesday. "The privilege should be in effect unless the government can prove with clear and convincing evidence that very clear and dangerous circumstances should merit an exception."

Jesselyn Radack of the Government Accountability Project, who was herself a Justice Department whistleblower, wrote in an essay in the Guardian on Thursday that  Manning's prosecution "under vague and overbroad laws like the Espionage Act without a public interest defense give her a unique and valuable perspective."

"Her efforts reveal a deep commitment to the US constitution and our democracy."