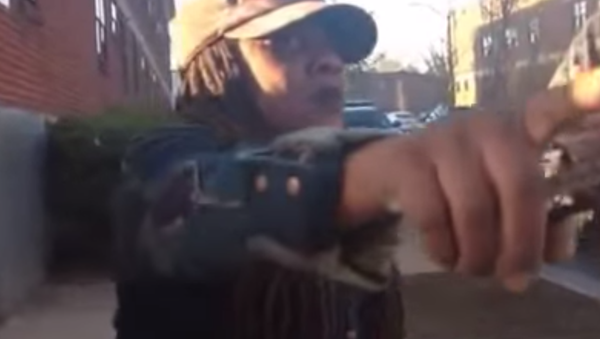 © YouTube/Cassandra Rules
Subscribe
A witness to the events leading to the death in police custody of 25-year-old Freddie Gray on April 19, spoke to Sputnik in Baltimore and gave us a walk through the Gilmor Homes housing project, explaining step-by-step what she saw.

Known as “Mom” by members of the community, she knew Gray and had nothing but kind words about the young man, who police assured her was “fine” before telling her to go back inside her house.

She explained to us that she heard him screaming in pain at the corner of North Avenue and Mount Street and moments later around the other side of her building, she says Gray was pulled from the vehicle and left on the ground silent and not moving.

Lieutenant Brian Rice, Sergeant Alicia White, Officers William Porter, Garrett Miller, Edward Nero, and Caesar Goodson have all been charged in relation to his death, with the most serious of the charges being second-degree murder.